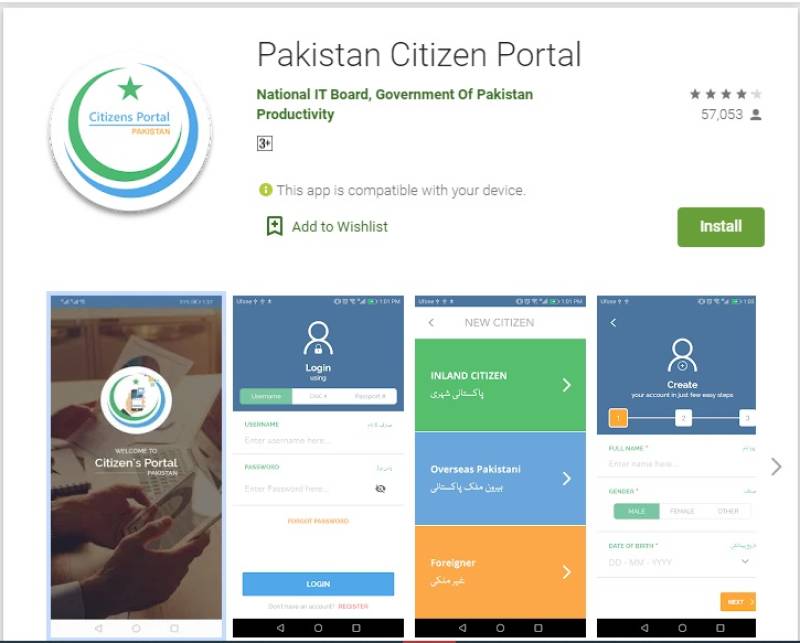 ISLAMABAD - Special Assistant to PM on Overseas Pakistanis Sayed Zulfikar Bukhar has inaugurated web-based access for the expansion and maximum coverage of Pakistan Citizen’s Portal (PCP) throughout the country for the large segment of approximately 28 million citizens, who have internet access but not own a smartphone.

With 8777 departments at its assistance for the relief of distressed citizens, PCP was accessible to smartphone users via the PCP application that could be downloaded into the device and used by registering the users NIC number to make an account. Furthermore, a 20-41 day relief period is assured.

Accounts for the web-based access can now be registered online using any computer with an internet access; be it through net cafes, libraries, or home computers.

Animated videos and guides on setting up an account and using PCP have been uploaded on all of PCP’s social media accounts.

Having provided relief to 2.5 million users out of 2.8 million registered complaints out of which a further 566,000 users have had a positive feedback upon the resolution of their complaints, PCP aims to penetrate further into the masses to resolve citizen’s issues at the grass root level by reaching approximately 80 million citizens rather than the previous reach of 32 million citizens.

PCP is expected to be presented in the next World Government summit that is to be held in Dubai to compete amongst Public Service Delivery Applications where it is expected to thrive.