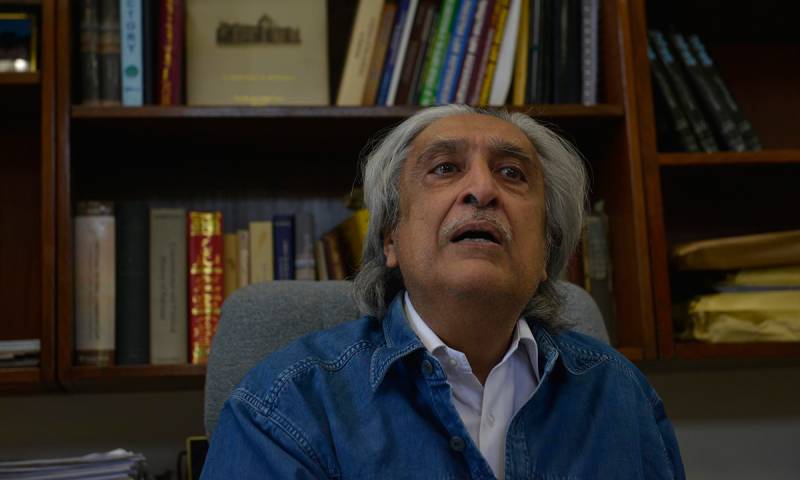 Speaking at the annual prize distribution ceremony of a welfare high school Mr Khawaja expressed that politics does not suit honest people in the country adding that judges should listen and not speak.

He maintained that education was not on any priority list in Pakistan.

'Constitutionally, Urdu is our national language but a small group of people don’t understand this. Though the British rulers left this region 70 years ago but we are still living as their slaves and speaking their language,' he added.