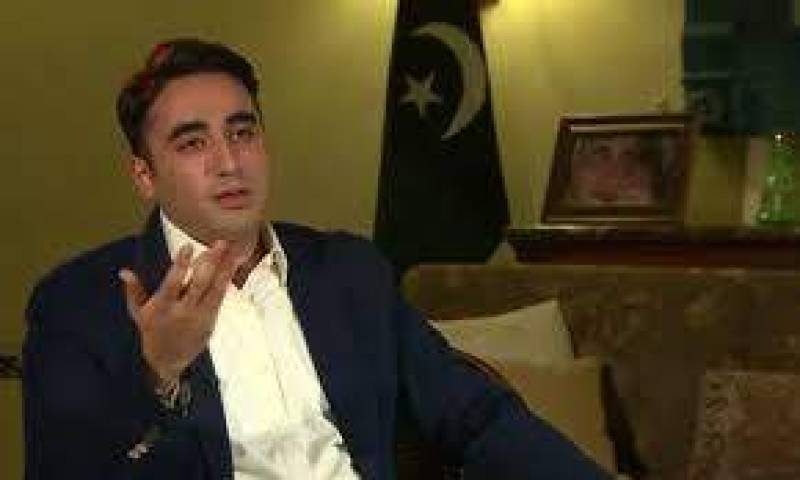 LAHORE - Supporting the decision to execute Indian spy Kalbhushan Jadhav,  Pakistan People’s Party (PPP) chairman Bilawal Bhutto Zardari said on Monday that his party is principally against the death penalty "but  it was a different case when it comes to the matter of Indian spies operating in Pakistan."

Talking to media persons in Lahore, he maintained that the Indian spy Kalbhushan Jadhav should have never been in the country in the first place.

Bilawal said that the government of Pakistan Muslim League-Nawaz had failed, adding that the message of PPP would be spread and they will fight the rulers.

He also said that the government was attacking PPP just to hide its weaknesses, saying that his party was being targeted and such undemocratic acts will not be tolerated.

Chief of Army Staff General Qamar Javed Bajwa has confirmed the death sentence awarded by the FGCM under the Pakistan Army Act (PAA).

Jadhav was arrested on March 3, 2016 through a counter-intelligence operation in Balochistan’s Mashkel area for his involvement in espionage and sabotage activities against Pakistan, the statement added.

‘Jadhav was tried by the FGCM under Section 59 of the PAA and Section 3 of the official Secret Act of 1923’ said ISPR.

Jadhav confessed before a magistrate and court that he was tasked by Indian spy agency Research and Analysis wing to plan, coordinate and organise espionage and sabotage activities seeking to destabilise and wage war against Pakistan through impeding the efforts of law enforcement agencies for the restoration of peace in Balochistan and Karachi, the ISPR said.

The accused had been provided with a defending officer as per legal provisions, the ISPR said.