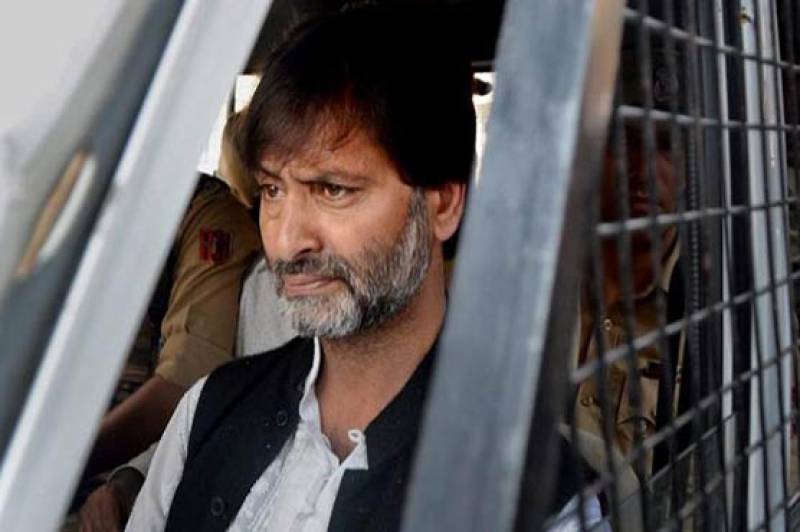 Muhammad Yasin Malik was shifted to Tihar Jail after India’s National Investigation Agency (NIA) secured his production remand in connection with a false case registered against him.

Earlier on February 22, the JKLF chairman was arrested from Srinagar under draconian law, Public Safety Act. Muhammad Yasin was shifted to Kot Bhalwal Jail later on.

NIA has approached a special court in Jammu and sought Yasin Malik’s remand for custodial interrogation in the case.

The Indian government has already banned the JKLF for its pro-freedom activities in occupied Kashmir.

On the other hand, the High Court of occupied Kashmir has reserved its judgment on a plea of India’s Central Bureau of Investigation (CBI) seeking re-opening of three-decade-old cases registered against Muhammad Yasin Malik.