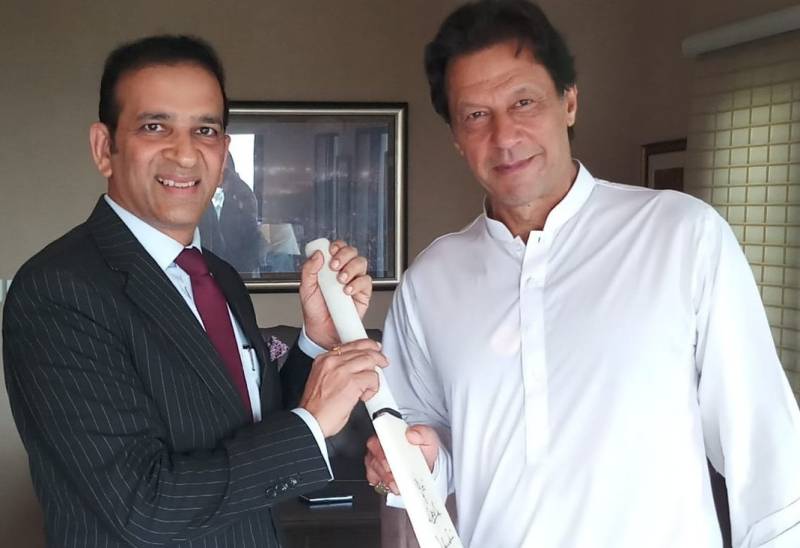 The meeting comes as Imran Khan in his victory speech expressed a desire to develop a peaceful relationship between the countries. Matters of mutual interest, including evolving a joint strategy to improve bilateral ties, were discussed in the meeting attended by PTI leaders including Shireen Mazari, Fawad Chaudhry, Shah Mehmood Qureshi and Naeemul Haque.

The official also presented a special bat to PTI chief bearing signatures of Indian Cricket team during his meeting at the Bani Gala residence. 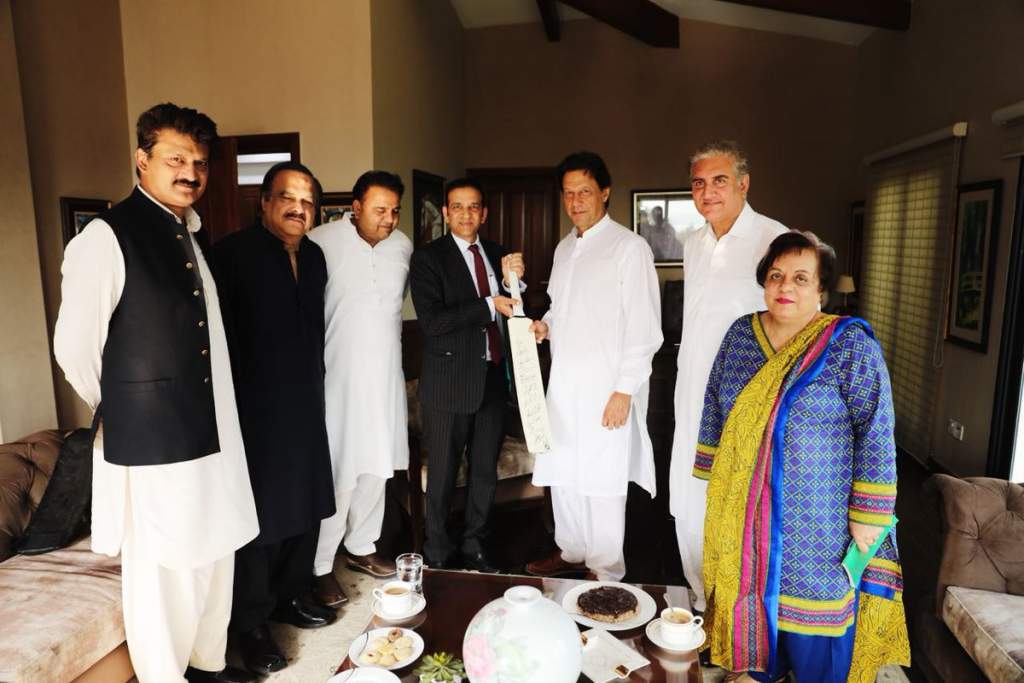 According to Shireen Mazari, Imran Khan stressed the need for resolution of Kashmir issue adding that the PM-elect also expressed the hope that the SAARC Summit would be held soon in Islamabad.

Khan Sahab also expressed the hope that the SAARC Summit would be held soon in Islamabad. The Indian HC said post the Modi phone call to Khan there was a new optimism in India that relations would move forward positively. https://t.co/Hfm31ATi4d

Earlier, Indian Prime Minister Narendra Modi spoke to Imran Khan and congratulated him for his party emerging as the largest party in the National Assembly of Pakistan in the recently conducted general elections, an official statement said.

“We are ready to enter a new era of relations with Pakistan,” Modi was quoted as saying by the PTI press release. “Prime Minister expressed hope that democracy will take deeper roots in Pakistan”, the statement further said.

According to the PTI statement, Khan thanked the Indian prime minister for his good wishes. “The solution to conflicts should be found through dialogue,” he was quoted as telling Modi.

On July 26, Khan made a victory speech in which he highlighted his future plan regarding the foreign policy of Pakistan.

Talking about India, he said: "I think it will be very good for all of us if we have good relations with India. We need to have trade ties, and the more we will trade, both countries will benefit. The unfortunate truth is that Kashmir is a core issue, and the situation in Kashmir, and what the people of Kashmir have seen in the last 30 years …. they have really suffered.

Pakistan and India’s leadership should sit at a table and try to fix this problem. It’s not going anywhere.

We are at square one right now [with India]. If India’s leadership is ready, we are ready to improve ties with India. If you step forward one step, we will take two steps forward.

I say this with conviction, this will be the most important thing for the subcontinent, for both countries to have friendship."