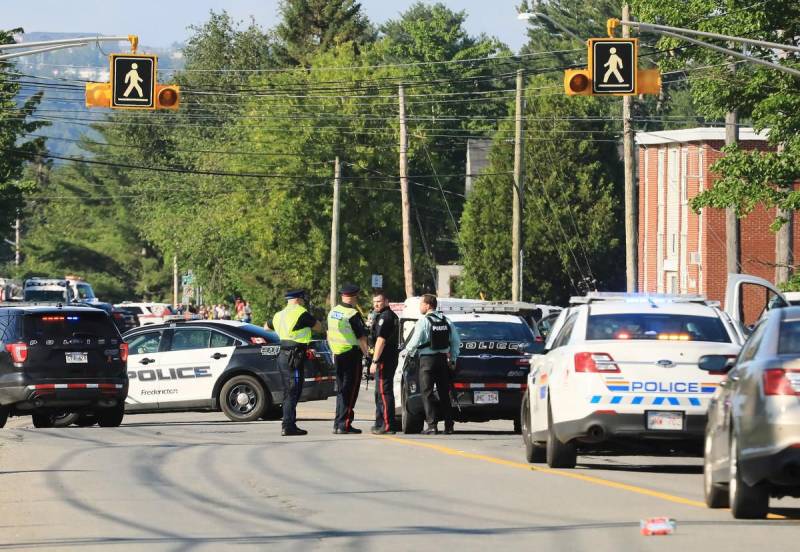 TORONTO - At least four people - two of them police officers - were killed in a shooting in the eastern Canadian city of Fredericton, New Brunswick on Friday.

The city police confirmed the officers' deaths on Twitter, adding that a suspect is in custody after the shooting.

Of the four people killed in this morning's shootings on Brookside Drive, two were Fredericton Police officers. No names are being released at this time. Please appreciate this is a difficult time for their families and our colleagues. We will provide more info when we can.

The pair have not been named, and the circumstances around the incident remain unclear.

Police have ended a lockdown in the area but continue their investigation.

Fredericton is the capital of New Brunswick province and home to around 56,000 people.

It is rare in Canada for police officers to be killed in the line of duty. Between 1961 and 2009, a total of 133 police were killed, and just five in the province of New Brunswick.

Gun laws are more stringent in Canada than in the US, but the number of shootings has nonetheless risen in recent years.