Overseas Pakistanis to be facilitated by Sehat Insaf Card 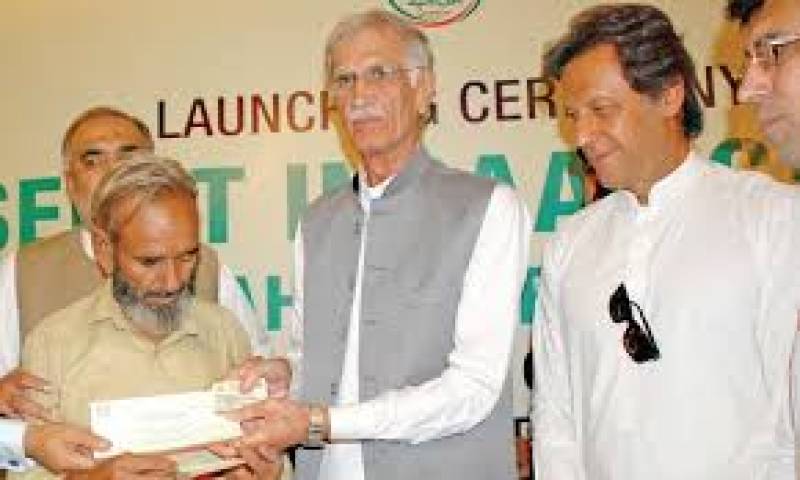 ISLAMABAD - The government of Pakistan would provide a premium of Rs 2000 per month from October 15 under Sehat Insaf Card facility to Overseas Pakistanis and their families during their first year of stay abroad.

This was informed by Special Advisors (SAPMs) to Prime Minister on National Health Services Dr Zafar Mirza and Overseas Pakistanis Syed Zulfiqar Bukhari in a press briefing here on Saturday.

Zulfi Bukhari said that under a joint venture of ministries for Health and Overseas Pakistanis, this facility would provide a premium of Rs 2000 per month and Rs 7,20,000/ have been fixed annually which would be spent on the health of families of labourers working abroad.

To a question, he said that those who were visiting abroad the first time, their expenses would be shared by Health and Overseas ministries for the first year of their stay.

He said this facility would be provided on a priority basis to the families of Overseas Pakistanis adding that those Pakistanis who were already residing abroad can also avail this facility by paying the premium.

Talking to the media, advisor on Health Dr Zafar Mirza said that under this scheme treatment of ailments such as heart attack, heart surgeries and dialysis would be covered while the expanses would be borne by the government.

He said the govt has initiated the ‘Ehsaas program’ despite the economic difficulties in 43 districts of Sindh including Tharparkar while work under the said program would soon take place in remaining districts as well.

Dr Zafar said this initiative of PTI government was another step towards the welfare state of Pakistan that was envisioned by the Prime Minister Imran Khan.

To a question regarding Pakistani doctors in Saudi Arabia, advisor on Health said he was monitoring the issue himself. "For finding the Saudi government's version on the matter I wrote a letter to them and reply was still awaited", he added.

He ensured the Overseas Pakistani doctor community of complete support by the government. “We will do everything to facilitate doctors and their families by remaining within the rules of the countries they are working in”, he added.

To another question regarding Pakistani prisoners in Saudi Arabia, Zulfiqar Bukhari said 1350 prisoners had been returned from Saudi jails after Prime Minister had personally asked the crown prince Mohammad bin Salman while 1400 Pakistanis had been deported.

He said, “We have increased the number of protected labours to 500,000 from 3,50,000 and taking all necessary steps to increase this number as Prime Minister Imran Khan gives special importance to overseas Pakistanis”.