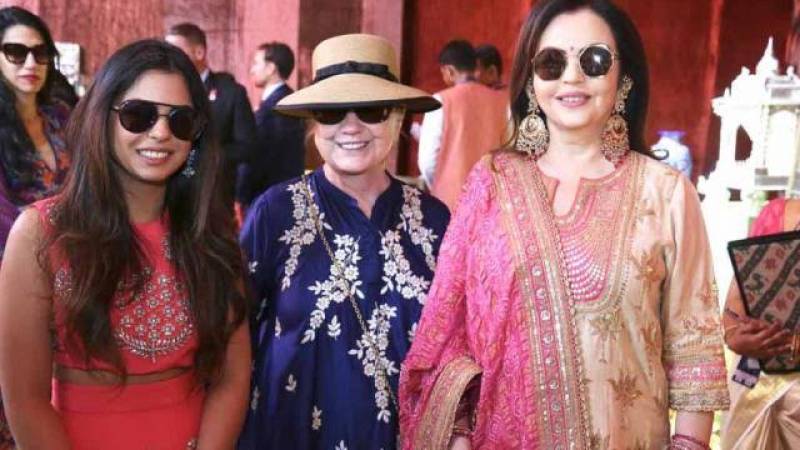 Right when you thought  you have seen the biggest most extravagant wedding events! Ambani came in and topped the charts. Isha Ambani and Anand Piramal are getting hitched in the most exotic and over the top wedding. Ambani’s sure know how to celebrate. Bollywood A-listers were seen rocking the dance floors.

As if Bollywood was not enough the Ambani’s got Beyoncé to perform in Udaipur looking bomb in lehnga!! Damn. From Aishwaraya Rai  to Rekha everyone was present to enjoy the wedding. Newlyweds Priyanka Chopra, Nick Jonas , Deepika Padukone and Ranveer Singh attended the Sangeet night.

After watching pictures and videos of this over the top wedding people on twitter can’t just stop themselves.

Mukesh Ambani after bringing #Beyonce to perform in the wedding and reducing Bollywood celebs to background dancers. #IshaAmbaniSangeet pic.twitter.com/HJu8Uml8qf

That’ll be a sight!!