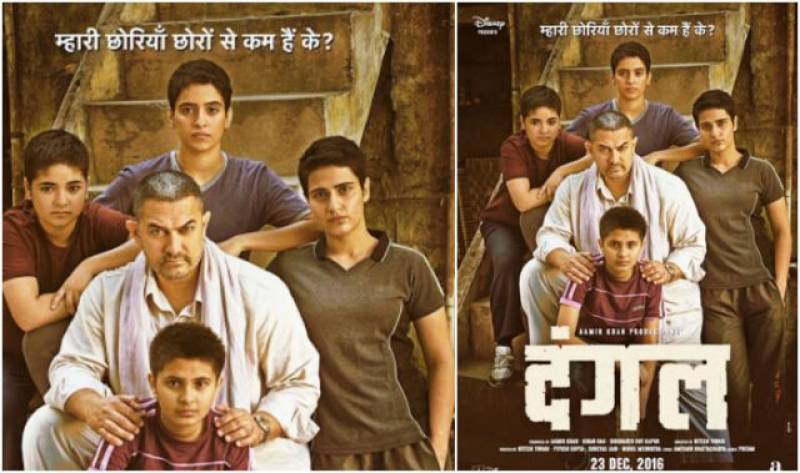 MUMBAI - Though Aamir Khan's 'Dangal' has not been released in Pakistan but the Bollywood movie broke box office records for an Indian film. As of Tuesday, the film had raked almost Rs 350 crore in just seventeen days after its launch, reported Times of India.

Dangal is a biographical sports drama is based on the life of ace Indian wrestler Mahavir Singh Phogat and the journey of his daughters Geeta and Babita Phogat, starring Aamir Khan in the lead role.

Directed by Nitesh Tiwari, the film was released in India on December 23.

"Dangal has crossed Sultan's box office earnings to become the highest grossing film of 2016. It now emerges that Dangal is the highest earning Indian film — ever", reported Firstpost.

In fact, news reports state that it has created a new 'club' for Bollywood to aspire to: the Rs 350 crore club.

Aamir Khan's PK had the honour of being the top earning film in India so far, with Baahubali and Bajrangi Bhaijaan in the second and third spots.

The Indian Express reported, "After surpassing Bajrangi Bhaijaan’s collection on Saturday, Aamir's Dangal has overthrown PK at the box office and become the highest grossing Hindi film of all time. Not just that, the wrestling drama has become the first film to cross the Rs 350-crore mark."