Why Are We Discouraging Higher Education in Pakistan? 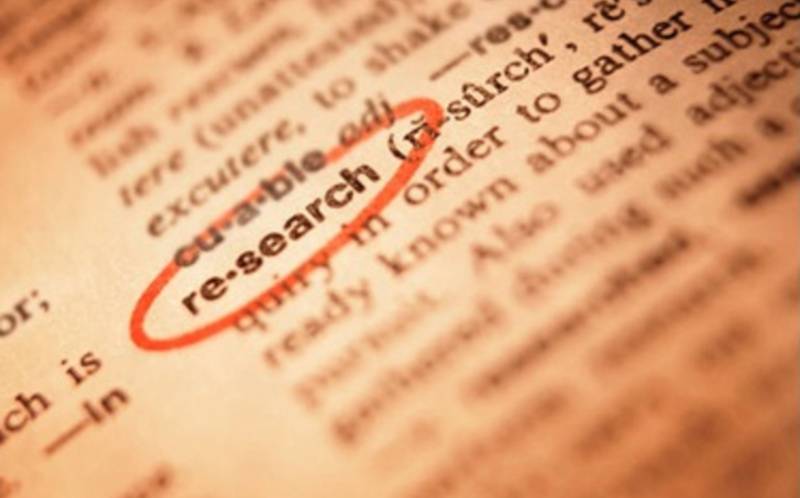 Higher Education sector is one of the major victims of electronic and print media these days in Pakistan where every other day, an intellectual is coming up with rhetorical questions on its growth and development without knowing the ground realities. These people also ignore the fact that Higher Education Commission (HEC) of Pakistan, which is striving hard to develop sustainable educational growth, is only 14 years old.

It was very sad to read Mr Pirzada’s narrative in the Daily Jang, dated June 23, 2015 which is a vivid example of negativity being spread creating an atmosphere of mistrust among the people of Pakistan who have strong faith in the prestigious universities of Pakistan and the honorable scientific community of the country.

In this race of self-accentuation, well-known Prof Pervez Hoodbhoy also did not spare the higher education sector and lashed at it in his narrative in Express Tribune on January 4, 2013, putting Quaid Azam University (QAU) Islamabad and Punjab University (PU) Lahore as example of the academic corruption in research and PhD thesis evaluation. He further opined that “Pakistani University teachers had roughly the same moral and ethical standards possessed by our policemen, politicians, generals and shopkeepers”. He added that the academic research being conducted in Pakistani universities is “kill count” based on “wholesale plagiarism” which has pushed academics ethics into a “free fall”. QAU and PU are the two most historic, prestigious and the trusted universities of Pakistan and have matchless contribution towards the educational lift and development of this country. It would have been great if honorable Prof Hoodbhoy would also have highlighted the international achievements of these universities specially and of the higher education sector of Pakistan generally - like getting the prestigious TWAS award from Italy and highest civil awards conferred by the government of Austria on the basis of quality and relevance of research of Pakistani academics to the socio-economic development of Pakistan.

One of our colleagues Shehnila Zardari wrote a comprehensive blog in the DAWN on Nov 2, 2014 in which she wrote that “[Pakistani universities are in a] sloppy state where universities pay no attention to communicating and disseminating the research of their teachers due to indolence, poor networking and relations, jealousy and an entrenched culture that has accepted mediocrity as its hallmark.”

Although the list goes on but I would stop here, quoting the news report of Mr. Abbasi in the News and the Daily Jang on June 25, 2015 hitting one of the most vibrant higher education institution of Pakistan i.e., COMSATS Institute of Information Technology (CIIT), stating mismanagement in its financial matters, hiring of retired beaurecrats, stoppage of funds by the government of Pakistan and the excessive foreign tours of the officials and the students. This seems to be highly exaggerated if one looks at the substantial development and progress of CIIT in last one decade, becoming of the leading universities of Pakistan in impact factor research publications and general categories as announced and acknowledged by the HEC of Pakistan.

CIIT is a Centre of Excellence of the Commission on Science and Technology for Sustainable Development in the South (COMSATS), which is an inter-governmental organization with 21 member states in three continents; Asia, Africa and Latin America. It has 7 other fully functional campuses in various parts of the country including one virtual campus. CIIT currently comprises of six faculties, 18 departments and ten research centers. Presently 97 degree programs are on offer in which more than 37,500 students are enrolled in degree programs at Bachelor, Master and Doctorate level in the broader areas of Information Sciences & Technology, Business Administration, Natural and Biological Sciences, Engineering as well as Architecture and Design. There are 2,950 faculty members working in CIIT out of which 1,003 faculty members and academic managers have PhD qualification, which is more than that of any other university in Pakistan. 538 faculty and staff members are undergoing advanced education leading to MS and PhD degrees from well reputed universities of technologically advanced countries in Asia, USA and Europe. This vibrant institute has produced 119 PhD graduates so far within 16 year of its inception.

Coming to the point, let me emphasize to my fellow colleagues that we must criticize the loopholes and the drawbacks in our education system but our criticism must be constructive and guidance based, proposing a strategic way out to the educational leaders and the administrators so that they can amend their strategies to achieve the goals.

As a nation, we feel happy to be sad and disappointed, like masochists. Great things are happening around us every other moment but those are not our headlines. The QAU has recently been ranked 496th among the 500 Best Global Universities for 2015, according to the US News and World Report. Share of Pakistan’s research has gone up by 300 percent. As per reports of Scimago, an independent research organization and ranking platform which analyses scientific output of institutions and countries by monitoring over 30,000 journals, three countries stand out and show the most drastic increase in research rankings: Iran, Malaysia and Pakistan. Iran moves ahead from number 19 to number 4, Malaysia from 30 to 13, and Pakistan from 43 to 27. The expected output of research in Pakistan moving up 16 notches, which is the second highest increase worldwide, primarily due to the innovative higher education policies and reforms taking place in Pakistan under the Higher Education Commission (HEC). Scimago forecasts that by 2018, the research output of Pakistan will exceed 29, 661 research publications.

I must say in conclusion that Pakistani academic community is doing great in spite of scarcity of resources. The efforts of our scholars and educational administrators are commendable in this regard which must be appreciated, promoted and showcased to the international community. Along with highlighting the problems in our education system, we need to encourage and highlight the achievements of our universities.

It is so encouraging when foreigners acknowledge Pakistan, like Professor Michael Rode, Chairman of the United Nations Commission on Science, Technology and Development, wrote in 2008: “Never before have I seen such rapid positive changes in any country in the higher education sector as witnessed in Pakistan in a short period of six years. Around the world when we discuss the status of higher education in different countries, there is unanimity of opinion that the developing country that has made the most rapid progress internationally in recent years is Pakistan.”

Why can't Pakistanis do the same?