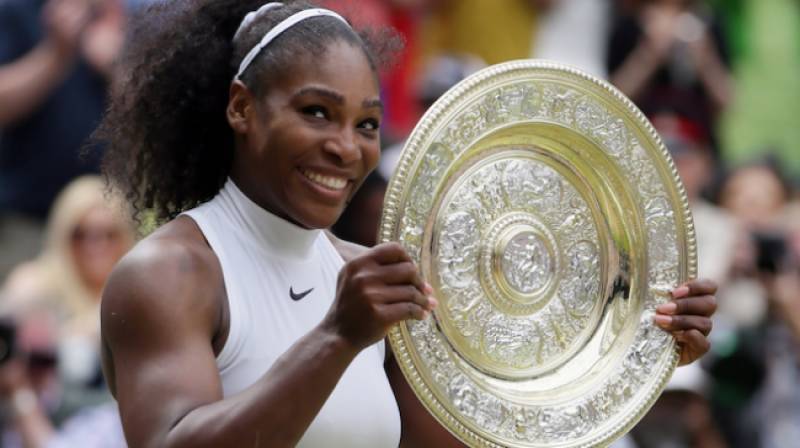 LONDON - Serena Williams of the United States won her seventh Wimbledon and 22nd Grand Slam title, beating Germany's Angelique Kerber by 7-5 and 6-3 in the final contest, and put herself level with the legendary female tennis player Steffi Graf Open, who also won 22 major titles in her career.

Serena now has her sights set on Margaret Court's all-time record of 24 Slams. "Serena is someone who beats records and not just equals them," said her French coach Patrick Mouratoglou.

"We will keep going. I think she will go far because she wants to do it," he added.

Graf set her record with the tenacious Monica Seles constantly on her shoulders. Between 1988 and 1993, the pair won 21 of 24 Slams.

Fast forward two decades and Williams, despite the occasional blip, is ruthlessly seeing off all challengers. Within all currently active players, only Maria Sharapova has won more than two majors.

The Russian, who has five Slams to her name, is currently sitting out a potentially career-ending doping ban. Despite their high profiles, the William-Sharapova pair can hardly be said to have a rivalry, with Williams winning 19 of their 21 meetings.

Sharapova's only wins over the American came in 2004.

Another close contender Kerber may have beaten Williams at the Australian Open final but the German trails the American 6-2 overall.

Garbine Muguruza, who shocked Williams at the French Open, is also down 3-2 in career meetings.

Williams is 5-1 against two-time Wimbledon champion Petra Kvitova, 17-4 against double Australian Open winner Victoria Azarenka and 10-3 in her rivalry with former US and French Open champion Svetlana Kuznetsova. 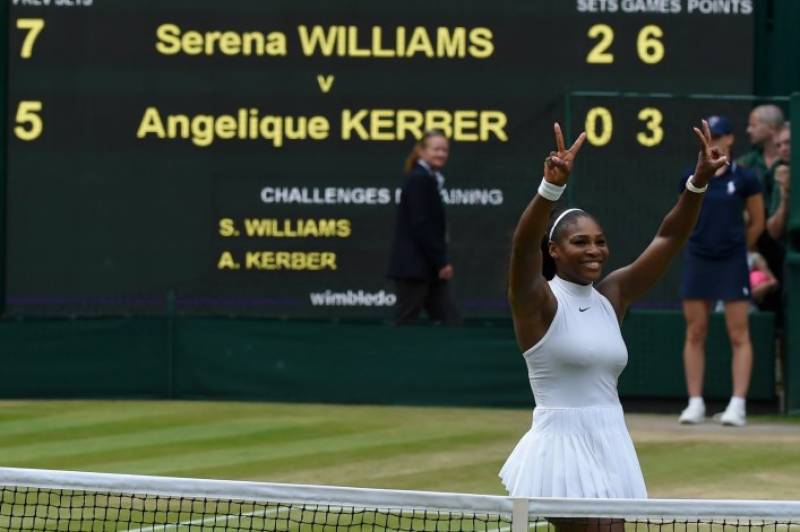 This year's Wimbledon showcased Williams's enduring durability as well as her rivals' frailties.

Muguruza, the 22-year-old Spaniard who was talked-up as a genuine, immediate threat to the American, was knocked out in the second round by Slovakian qualifier Jana Cepelova, the world number 124.

"There are more expectations from other people. But I just had a very clear feeling it was going to be a rough tournament for me after winning a Grand Slam and coming here. Everybody is looking at me," said Muguruza.

Kvitova, who has a game perfectly-suited to grass courts, was also a second-round loser while world number three Agnieszka Radwanska, the 2012 runner-up to Williams, saw her campaign end in the last 16.

Saturday was Williams's 28th Grand Slam final, just six short of Chris Evert's record. She has reached the final of seven of the last eight majors while nine of her 22 Slam titles have come after passing 30.

Williams has also been world number one since February 2013. This year, she has played only six events and to hammer home her dominance, she and sister Venus won a sixth Wimbledon women's doubles title on Saturday.

It was their 14th doubles triumph as a team at the majors and their 22nd in 23 finals overall.

The sisters last lost a doubles final in 1999 in San Diego. Mouratoglou said that he felt as if the "real Serena" is now back after having gone without a Slam since her sixth win at the All England Club last year.

And despite her 35th birthday coming in September, Williams insists she is not feeling the pace. "Who said our age is old? Who put that stipulation on it? 'Cause it's working for us."