Man on a mediation mission: Japan's Abe heads to Iran 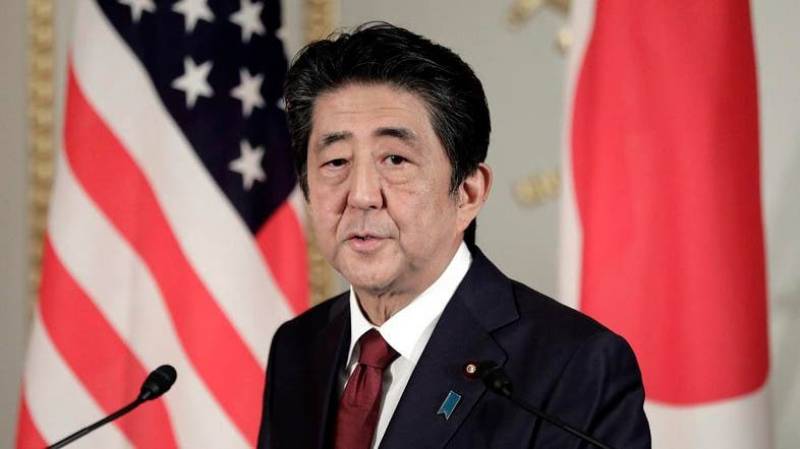 Tehran is locked in a bitter standoff with the US after president Donald Trump withdrew from a landmark nuclear deal last year.

Washington has now reimposed sanctions and shifted troops to the region, putting military and economic pressure on Iran, including by forcing US allies like Japan to stop purchasing Iranian oil.

Japanese government officials say Abe will not present Tehran with a list of demands, or deliver a message from Washington, and instead want to position Japan as a neutral intermediary.

That could prove useful, said Michael Bosack, special adviser for government relations at the Yokosuka Council on Asia-Pacific Studies.

"Japan carries none of the historical or religious baggage of other potential mediators... (and) has demonstrated its willingness to go its own way on Middle East policy," he told AFP.

"These factors better position Abe for engagement with Ayatollah Khamenei and mean that Japanese-proposed options could allow hardliners in Iran to entertain proposed off-ramps, without the potential fallout that could come from accepting 'Western' solutions."

Abe will meet President Hassan Rouhani and the country's Supreme Leader Ayatollah Ali Khamenei on the June 12-14 trip -- the first time a Japanese prime minister has visited Iran since 1978, a year before the country's revolution.

Against that backdrop, Japan is hoping to lower the temperature, officials say, with Abe winning Trump's blessing for the mediation trip when the US leader visited Tokyo last month.

"We believe it is extremely important that, at the leadership level, we call on Iran as a major regional power to ease tension, to adhere to the nuclear agreement and to play a constructive role for the region's stability," Chief Cabinet Secretary Yoshihide Suga said ahead of the trip.

"Mr Abe's visit comes right after meeting Mr Trump in Japan, therefore the Americans are interested to use this channel," Ebrahim Rahimpour, a former deputy foreign minister, told Iran's Shargh daily ahead of the trip.

Iran will "announce our rights and stances and the other side can announce the messages that could be the US president's message," he said.

But while Japan has long-standing ties with Tehran and warm relations with Washington, experts say Abe has little leverage with either side and mediation will be an uphill struggle.

The trip by the Japanese PM "faces substantial obstacles and is unlikely to bear fruit," said Tobias Harris, an analyst at Teneo consultancy group, in a note on the visit.

"While Japan has good relationships with countries on both sides, these relationships do not necessarily translate into influence," he added.

Japan is not just the messenger -- its own interests are also at stake: before US sanctions were reimposed, Tokyo imported around five per cent of its oil from Iran and it would suffer from rising crude prices.

Efforts this year to resolve a long-running standoff with Russia over a string of disputed islands have run aground.

And Japan has also found itself out of the loop on perhaps the most pressing diplomatic challenge in its backyard: North Korea.

Abe "needs a diplomatic stunt as he faces an impasse on Russia and North Korea," said Tetsuro Kato, a political science professor at Tokyo's Waseda University.

But analysts cautioned that expectations would stay low for now.

"Japan has never played an active role in Middle Eastern problems," Kato told AFP. "I don't expect much in the way of results."

Bosack said it would be "unrealistic" to expect quick outcomes from the visit. "Right now, the focus is mitigating military conflict, which means Abe can employ shuttle diplomacy to keep the communication going," he said.

"That shuttle diplomacy alone may be enough to de-escalate tensions."