The Mystery Girl who cries BLOOD 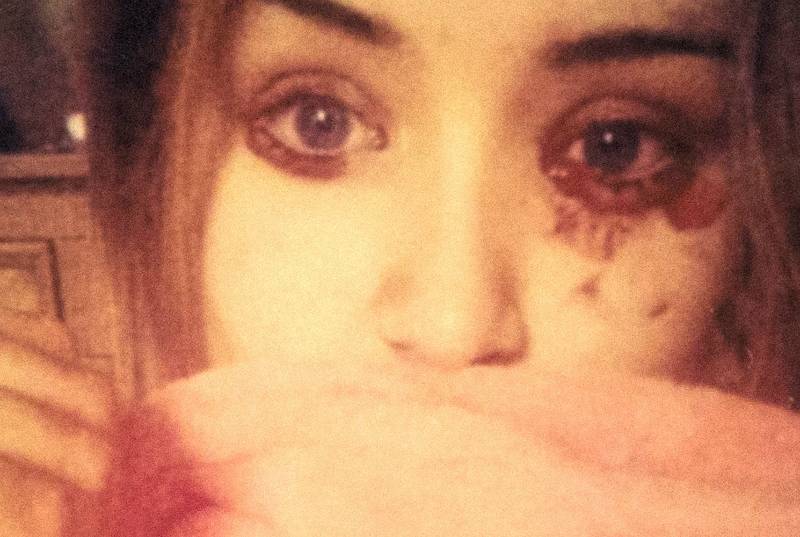 LONDON (Web Desk) - A teenage girl in United Kingdom is suffering from a horrific mystery condition which causes thick, stinging blood to seep from her eyes and ears.

Marnie Harvey's condition has baffled doctors for three years - and has left the 17-year-old virtually housebound. 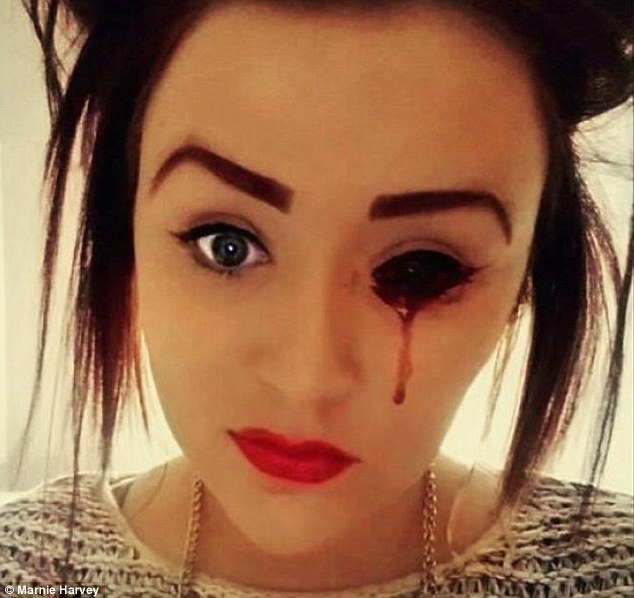 First time in 2013, Harvey found blood spatters on her pillow. Her terrified mother Catherine, 43, took her to the North Staffordshire Hospital - but despite several tests, no cause could be found, according to the Mail Online. 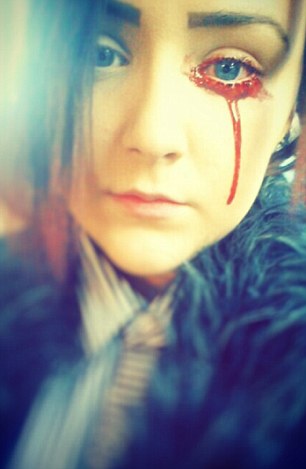 For the next two years she was sent for more investigations and told to change her diet, eliminating food groups from sugar to dairy, in a bid to find out what was causing her symptoms. But her condition continued to get worse - and in July last year she was horrified to wake with 'gloopy' blood seeping from her eyes.

She now bleeds from her eyes, nose, ears and fingernails up to five times a day - but doctors from every area of medicine are baffled as to why. In the last few weeks, she has also started to bleed from her tongue and scalp.

Miss Harvey, from Stoke-on-Trent, is thought to be the only person in the UK with this unique set of symptoms, causing doctors to dub her ‘The Mystery Girl’. 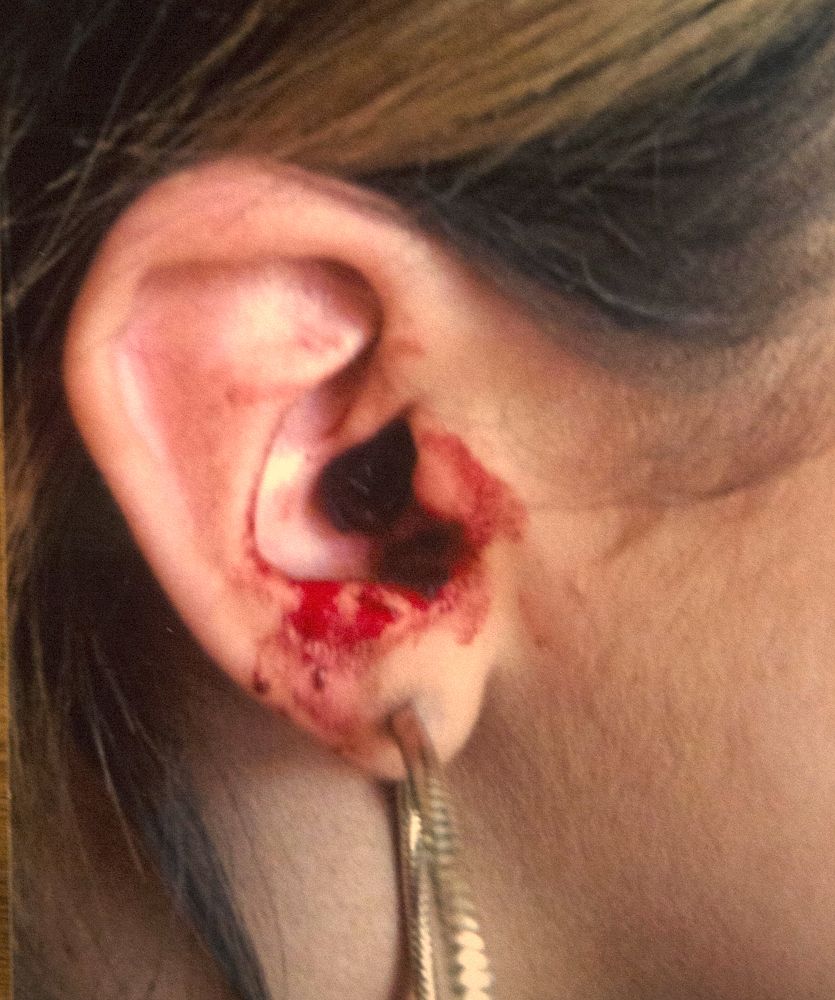 Miss Harvey said she felt like her life was on hold. She would struggle to open her eyes during the episodes as the blood caused them to sting. It forced her to give up a hairdressing course and retail job as she 'couldn't go and bleed everywhere'.

“I used to go out with my friends every day but I became too scared to leave the house,” she said. “Some friends still come visit me but there are some I haven’t seen in months. I had to leave Facebook because people were starting rumours that I had blood cancer or the Ebola virus.

Miss Harvey’s dream to become a nurse is shelved while she’s passed from specialist to specialist. Every day, purple and blue bruises appear all over her body, which hurt to touch and often swell up.

An ultrasound scan showed her liver, kidneys, womb and ovaries and confirmed all organs are functioning perfectly, and her eyes, ears, nose and throat are all fine. 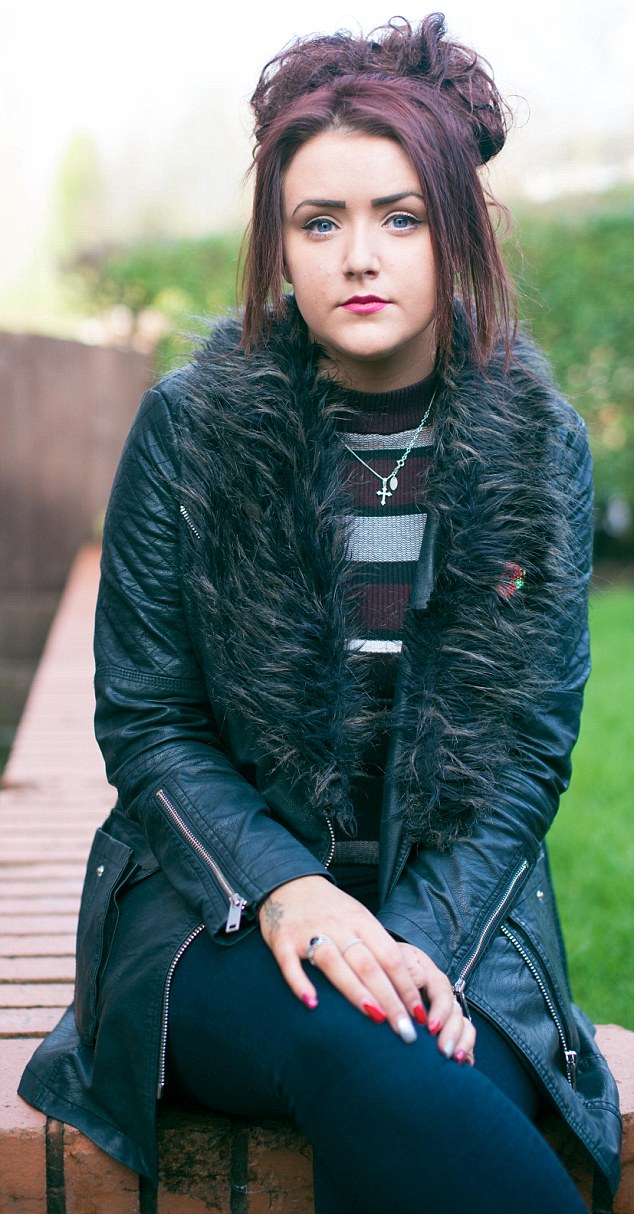 She has also had MRI scans, CT scans and multiple blood tests, but the only problem anomaly doctors can identify is that she has a low immune system.

After years of leaving doctors bewildered, Miss Harvey has become accustomed to being the subject of medical fascination. 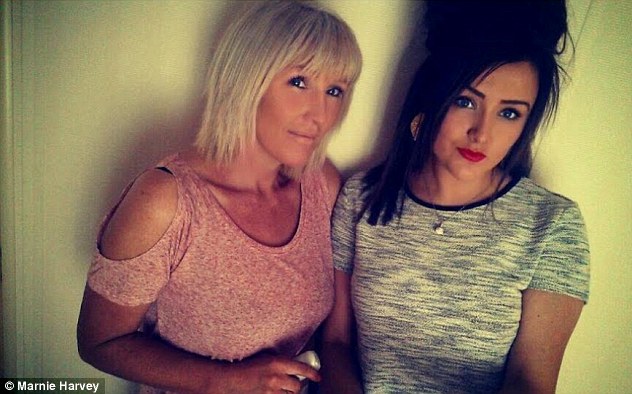 She said: “Specialists bring their students to have a look at me. One student suggested stigmata - the religious belief it’s the representation of the blood of Jesus.

“We’re not a religious family. We just want answers.”

Mrs Harvey is now appealing for anyone who might know what could be wrong with her daughter.

Through their own research, the family has found two other similar cases in the world - Calvino Inman of Tennessee, USA and Twinkle Dwivedi of Lucknow, India - but their case don’t fit with her daughter's symptoms.