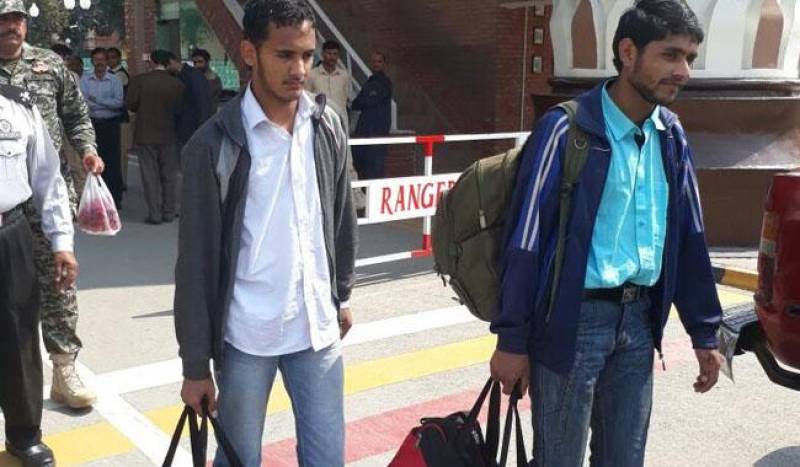 Faisal Husain Awan, a resident of Potha Jandgran in Azad Kashmir and his school-friend Ahsan Khursheed, from Khilayana Khurd in Muzaffarabad’s Hattian Bala tehsil were given clean chit by National Investigation Agency (NIA) of India earlier this week after extensive investigations proved them innocent.

The personnel of Punjab Rangers received the boys at the Wagah Border where they reunited with their families after a harrowing six-month duration.

The relatives of freed kids thanked government of Pakistan and media for helping them.  Sharing the grief with a leading daily, Ghulam Mustafa Tabassum, Awan’s brother, said both teenagers’ families were desperately waiting to receive their boys.

'How can I tell you what it has been like to see our mother start to weep and scream every night around 2 am or 3 am when her medication wears off. People gather around her to comfort her, but they can do nothing but cry, either.' he said.

Both the students were arrested by the Indian Army on September 21, three days after the attack in which 19 soldiers were killed. The students were initially labelled as Jaish-e-Muhammad activists.

India had alleged Pakistan of being involved in the attack however, Pakistan refuted the allegations and termed it a quintessential post-attack mantra of India.