Ethiopian Airlines plane crashes on way to Nairobi, 157 people on board 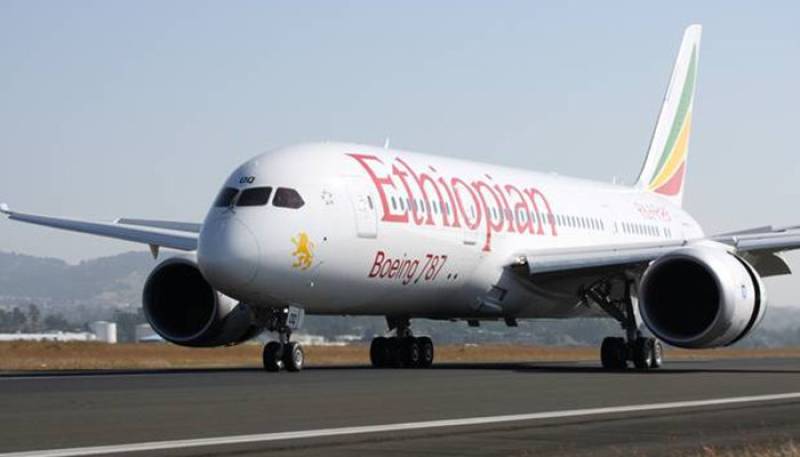 "We hereby confirm that our scheduled flight ET 302 from Addis Ababa to Nairobi was involved in an accident today," the airline said in a statement. 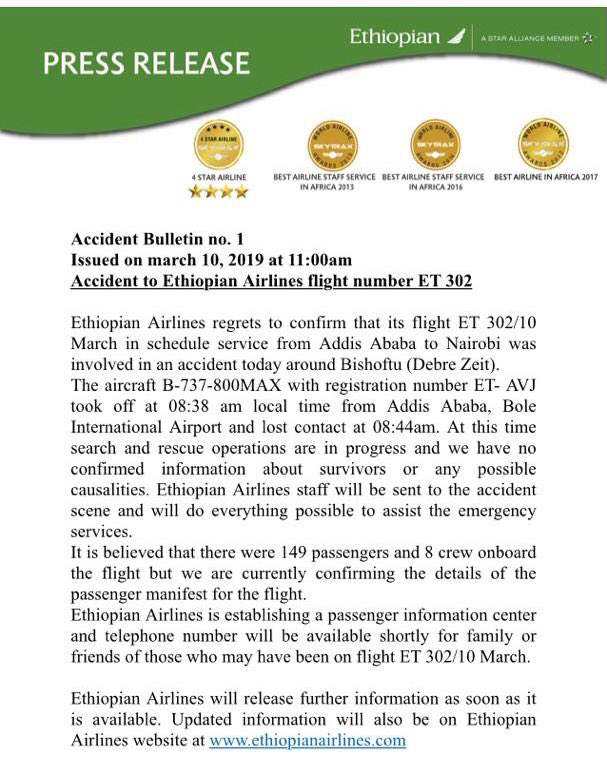 "It is believed that there were 149 passengers and eight crew on board the flight but we are currently confirming the details of the passenger manifest for the flight."

The airline said, "search and rescue operations are in progress and we have no confirmed information about survivors or any possible casualties."

The plane took off at 8:38 am (0638 GMT) from Bole International Airport and "lost contact" six minutes later.

The Office of the PM, on behalf of the Government and people of Ethiopia, would like to express it’s deepest condolences to the families of those that have lost their loved ones on Ethiopian Airlines Boeing 737 on regular scheduled flight to Nairobi, Kenya this morning.

Prime Minister Abiy Ahmed's office tweeted it "would like to express its deepest condolences to the families of those that have lost their loved ones on Ethiopian Airlines Boeing 737 on the regular scheduled flight to Nairobi, Kenya this morning."