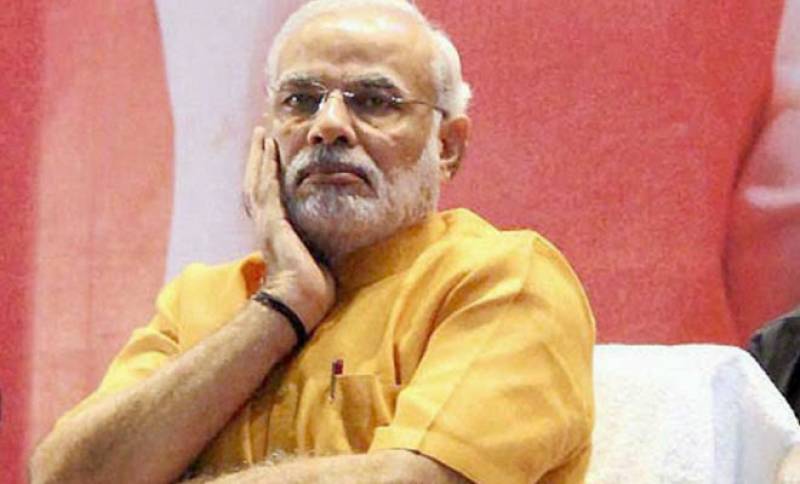 NEW DELHI - After an hours-long meeting to review Indus Water Treaty with Pakistan which apparently ended fruitless, Indian Prime Minister Narendra Modi has summoned a meeting to review the  Most Favoured Nation (MFN) status to Pakistan on Thursday.

According to the Indian media reports, the top officials of the Commerce Ministry and Ministry of External Affairs have been invited to meeting. They would brief the Indian premier on Pakistan's MFN status and any possible consequences if India withdraws it.

India had granted the  Most Favoured Nation status to Pakistan under its commitments with  the World Trade Organisation (WTO) in 1996, when the two countries were trying to improve their bilateral trade ties.

During the last two decades, despite suspension of trade between Pakistan and India for a number of times, the MFN status to Pakistan has stood intact.

Official figures suggest that India's move to withdraw the MFN status would not cast any drastic impact, rather it would only be a signal to the world.

India's trade with Pakistan makes only 0.41 percent of India's global commerce merchandise. In 2015-16, Pakistan accounted for only $2.67 billion out total $641 billion: $2.17 billion in terms of exports and less than $500 million for imports.

Pakistan and India are in the war of words following the September 18 attack on India military base in Uri, Occupied Kashmir which resulted in deaths of 18 Indian troops. New Delhi accused Pakistan for the attack while Islamabad categorically dismissed the claim, terming it India's attempt to divert world attention from military atrocities in held-Kashmir.