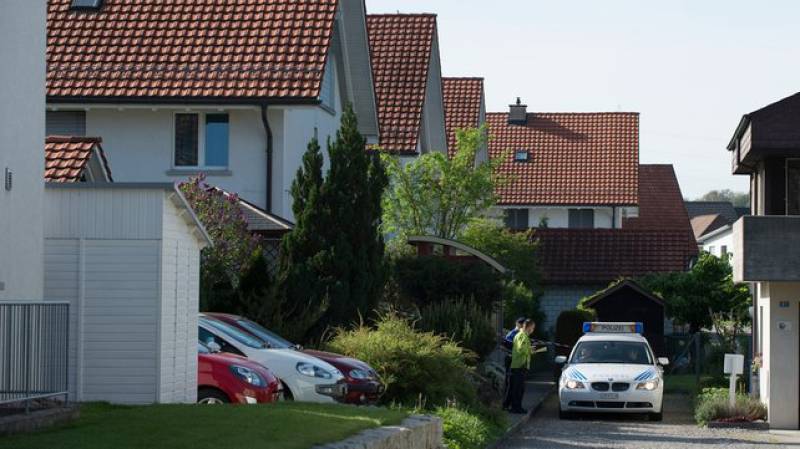 GENEVA (Web Desk) - Five people were killed in a shooting in the Swiss town of Wuerenlingen, north-west of Zurich.

Police found the bodies lying inside and outside a residential building overnight.

The gunman was among the dead and some of the victims knew him, police spokesman Bernhard Graser told the BBC, adding that all those killed were adults.

The motive appears to have been a family dispute and the case is not terror-related, he added.

An investigation is under way.

Wuerenlingen, a German-speaking town of some 4,000 people, is located about 30km (20 miles) from Zurich.

A neighbour, who was also not identified, told Swiss newspaper Blick she heard four shots in succession fired very quickly, then two further shots after a pause. She had heard no screams, the tabloid reported.

Police said they would hold a news conference at 1130 GMT on Sunday.

The residential area in which the shooting took place is made up of family houses, newspaper NZZ reported.

Wuerenlingen, a German-speaking town of some 4,000 people, is located about 30km (20 miles) from Zurich.