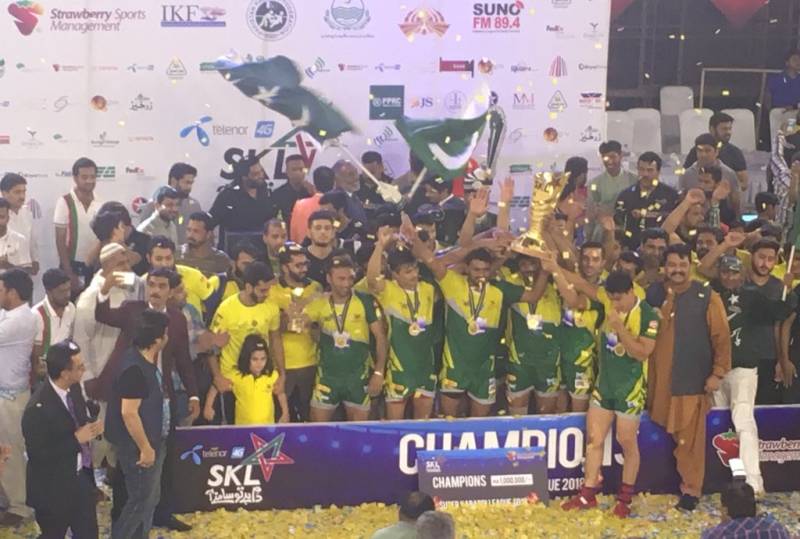 Gujrat, who reached final after beating Kashmir Jaanbaaz in the semifinal on Wednesday night, outclassed Faisalabad Sherdils by 38-26 to win the mega event.

Earlier, Faisalabad Sherdils had defeated Sahiwal Bulls by 33-24 to secure their berth in the final.

The tournament, hosted by Strawberry Sports Management, was played between 10 franchise-based teams which represented different cities of the country. The teams were picked through a draft and were divided into two pools.

Nasir Ali of @FSherdils is player of the league of first Super Kabaddi League. #SKL2018 pic.twitter.com/sL7nR1dKhX

The league had kicked off in Lahore on May 2 amid a star-studded affair that saw performances from famous singers and actors including Reema Khan and Sara Raza Khan.

Revolving around very basic skills, the game of kabaddi is played by two teams of seven, in which a ‘raider’ enters the other half of the court to tag or wrestle opponents before returning ‘home’ while holding his breath and chanting ‘kabaddi, kabaddi’.