The notice that was shared on PEMRA’s social media accounts reads: “It has been observed that “Neo TV” on 25.04.2018 aired programme titled ‘Harf-e-Raz’ from 11:03 to 11:56. In the programme, while commenting on the scandal of Ms. Meesha Shafi and Mr. Ali Zafar, Mr. Orya Maqbool Jan passed derogatory remarks against the female actor/singer Ms. Meesha Shafi.” 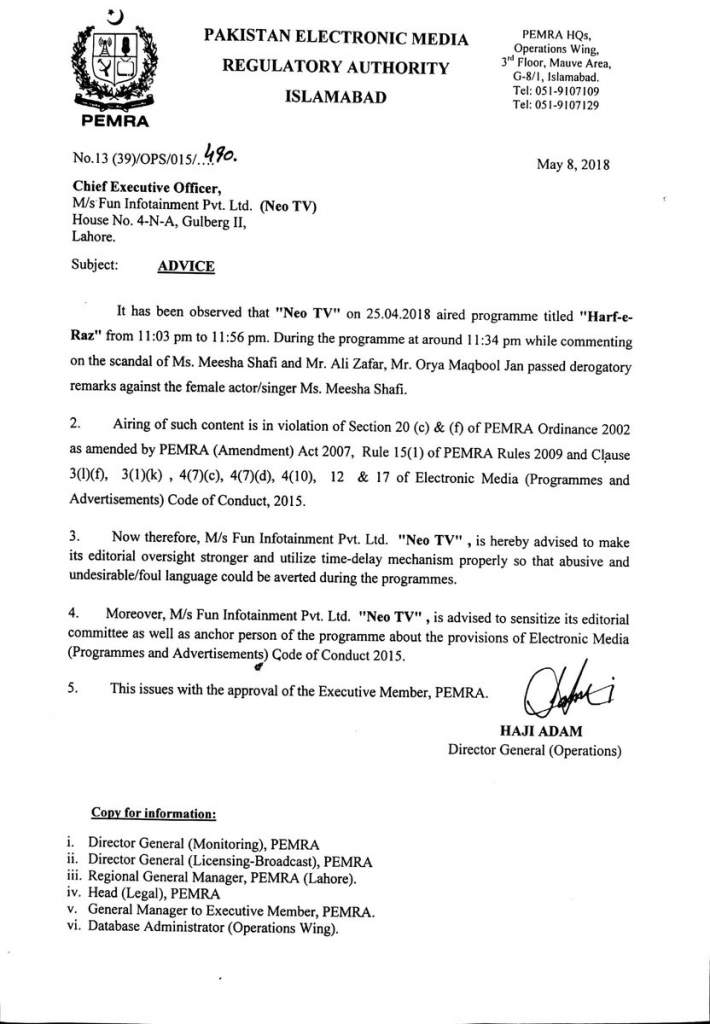 The notice further states, “Moreover, M/s Fun Infotainment Pvt Ltd, “Neo TV”, is advised to sensitize his editorial committee as well as the anchorperson of the programme about the provisions of the Electronic Media (Programmes and Advertisements) Code of Conduct 2015.”

Pakistani media commentator and columnist Orya Maqbool Jan has time and again had trouble with PEMRA for making controversial remarks on his show. before, 'Meesha-Ali scandal' he was being given notice in 2016 over giving remarks to the Ahmadi community. 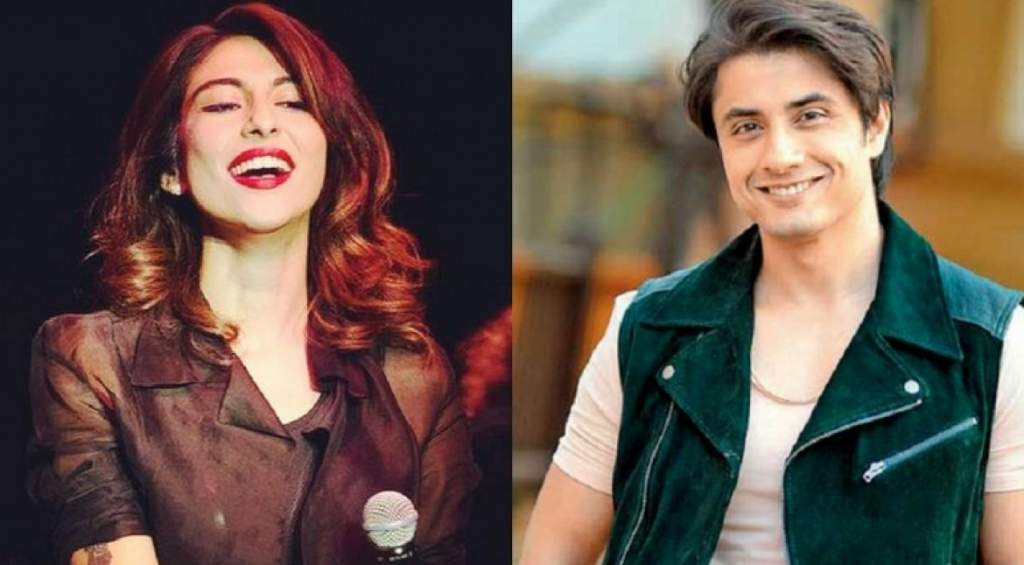