An abuse answered by a Bullet 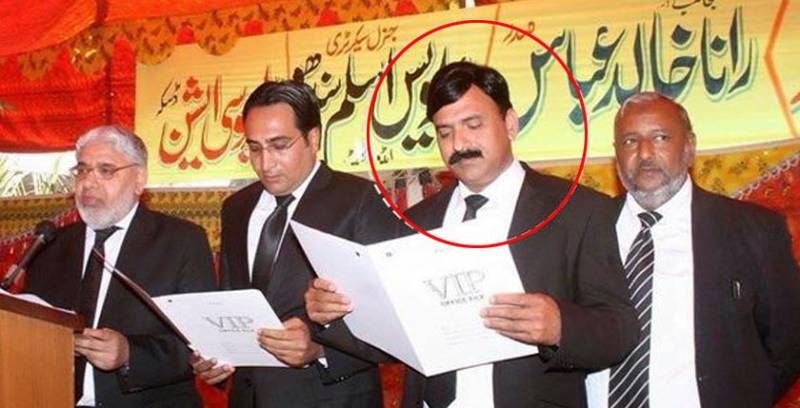 (Ahmed Bilal) - Prelude: On May 25, 2015, the Station House Officer of Daska Bar Association shot dead the president of Daska Bar Association and another lawyer. The reason, as narrated by the SHO, was that the president had abused him and called him names and he killed him in response. The SHO has been sentenced to death by the court, and his appeal against the sentence is pending before the honorable Lahore High Court. This article relates to the reason behind shooting by the SHO.

I won’t say whether what happened should have happened or not. One thing really staggers me and that is “an abuse answered by a bullet.” Should it have been the answer? Is it justified?

Our “responsible” and “well-behaved” police never abuse anyone; never! Whenever they stop you on a picket, they welcome you very politely, ask you about your registration and identity very gently, search you with an outstanding courtesy and let you go with a regret in their eyes that they had to stop you.

If you ever happen to be in a Police Station, you are taken in with a great sense of hospitality; they communicate in a very polite language and every police officer tends to take a lead in helping you out. And if you want to meet with an officer incharge, you won’t even have to ask. You can move straight to his room and he would welcome you as if he were ready to help out any tax payer with full diligence as that is where his pay comes from.

Bad people are everywhere. Lawyers are the worst community ever. Lawyers kill thousands of people every year in Pakistan extra judicially, in fake encounters. They involve people in made up cases by taking bribes from the culprits, they insult people who knock their doors with complaints, they would ridicule the raped ladies who go to them to lodge a complaint, they run red light areas and casinos, they administer robberies; they provide shelters to the criminals by taking monthly extortions, they abuse and torture general public and they do lot more things which a gentleman would never even think of doing.

So, the first thing we do is to kill all the lawyers. That is what the noble SHO was pursuing.

Abuse! That is the ugliest thing one can do. Why would you abuse someone? Why at all! It shows that you are sick and the sick should not be living in the society of the noble policemen who hate to abuse anyone. Why can’t the lawyers behave in a way as fine as the police officers do and what it takes at all? The well groomed SHO was very right to answer the abuse with a bullet. That is what should have happened and the practice should continue in the future.

In the end, I have a food for thought for my readers which I think they should have while seeing every police officer: “How many police officers will return home alive if every abuse is answered with a bullet?” Of course all of them; because they hate abusing and the abusers! Long live Police! Down with the lawyers!