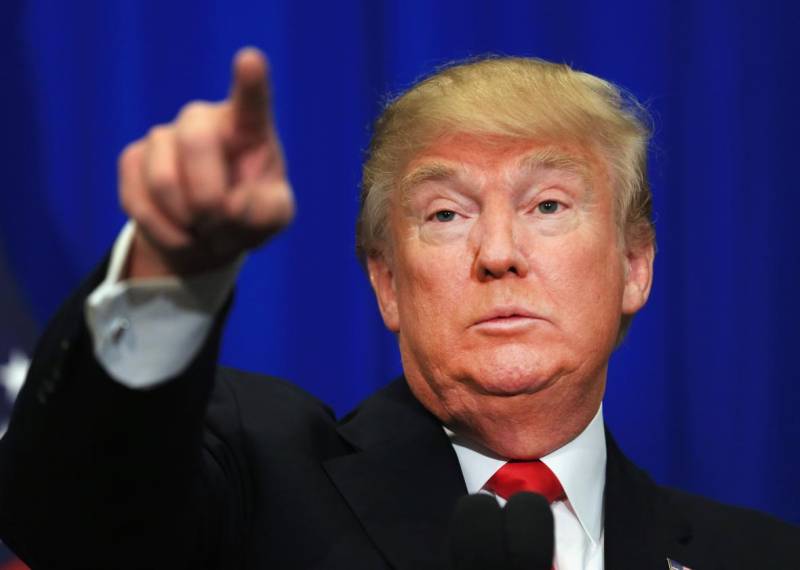 While Trump’s victory has surprised most of Pakistanis who are presuming a shift in new US administration policy towards Pakistan on assuming power in February next, a video of the President-elect is currently making the rounds on social media in which he says “loves” Pakistan.

"I love Pakistan. I. Love. Pakistan," a smiling Donald Trump tells the camera at what appears to be some TV event, just a day after his election on Tuesday.

Although it is unclear when the video was originally recorded, the message appears to be a positive one, despite Trump's headline-making criticism of Pakistan and his anti-Muslim rhetoric in the run-up to the Nov 8 election.

Trump was voted into the White House in what seemed to many a stunning upset in the US presidential election. He has pledged to suspend immigration from a number of Muslim countries including Pakistan, Afghanistan, Saudi Arabia and Somalia and said that people with roots in these countries are a threat to the Western world.

His surprise election as the 45th US president has Pakistanis wary that he may accelerate what they see as a shift in American policy to favor India in the long rivalry between nuclear-armed neighbors.

Trump has yet to lay out a detailed policy for South Asia, although he recently offered to mediate between India and Pakistan regarding the Kashmir dispute.

No change in policy after Trump, says US Consul General Karachi

To many Pakistanis, Trump's anti-Muslim rhetoric and business ties to India are signs that his administration could shift further toward New Delhi.

Pakistan to raise issue of Indian brutalities in IOK with Donald Trump: Sartaj

Several people are calculating the change on the basis of conjectures and the surmises while majority holds a view that importance of Pakistan will remain intact vis-à-vis peace in the region, counter terrorism, peace efforts in Afghanistan and economic interest in Central Asia wherein America has huge stakes.

American pecuniary and political interests largely hinge upon its policies towards this region, particularly Central Asia for which Afghanistan and Pakistan provide a thoroughfare. Moreover, the China-funded CPEC is also under construction in Pakistan.

In the context that Pakistan economic stakes have also become high with the development of CPEC and access of China to Arabian Sea through Gwadar, Pakistan needs to closely watch what the new administration in America will hold for Pakistan and what role it will decide for traditional foes in Islamabad.