Religious parties agree to restore MMA ahead of general elections 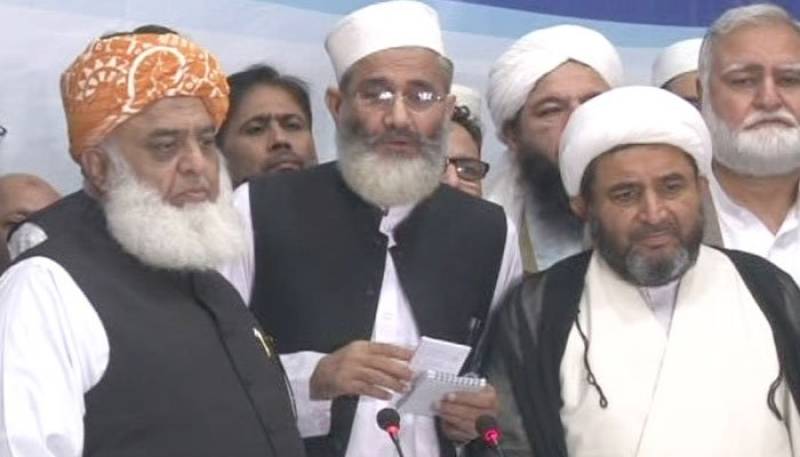 LAHORE - The defunct coalition of six religio-political parties, Muttahida Majlis-i-Amal (MMA), is going to be restored as the member parties have reached an accord ahead of general elections in 2018.

However, a formal decision regarding the restoration of the MMA will be made at a meeting to be held in December at the residence of Shah Owais Noorani in Karachi .

The MMA coalition was made in 2002 and it ruled Khyber Pakhtunkhwa till 2007. Later the MMA went inactive due to an internal split.

Before 2013 polls, the JUI-F made efforts to restore it but the JI emir Syed Munawwar Hasan avoided becoming part of it.