Do you know about Google's new CEO, Sundar Pichai? 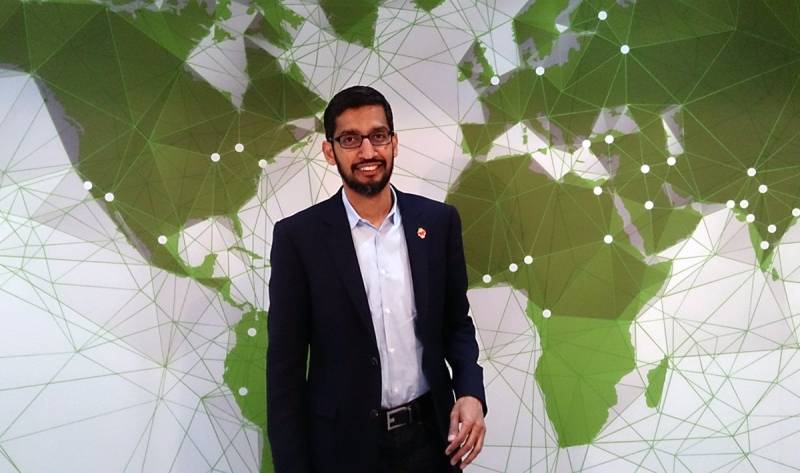 Sundar Pichai, who previously headed Google Chrome and Android, has been announced as the new CEO of world's IT joint Google.

Pichai is an Indian national and a native of Tamil Nadu. He earned his under graduation degree from Indian Institute of Technology Kharagpur and later on joined Stanford University in United States for his MS. Meanwhile he also obtained an MBA from Wharton School at the University of Pennsylvania.

After completion of his studies, he worked at Applied Materials as an engineer and then at McKinsey & Company in management consulting. In 2004 he arrived in Google as vice president of product management, where he led the team working on Google's Chrome browser and operating system.

In September 2008, Pichai oversaw the successful launch of the Chrome web browser, and less than a year later, the web-based Chrome operating system for netbooks and desktop computers.

Pichai, who holds a repute of well-liked,  added another Google division to his portfolio in 2012 after Google Apps head Dave Girouard departed to start his own company, Upstart. In the following year, Pichai was put in charge of Android after Android co-founder and CEO Andy Rubin stepped down in March 2013.

Pichai's impressive track record at Google caused him to be approached by Twitter to potentially lead Product at the social network, but Pichai ultimately declined. In addition to Twitter's interest, Pichai's name was also mentioned as a potential front-runner for the position of Microsoft CEO after Steve Ballmer announced his resignation in August 2013.