Milk is cheaper than bottled-water, farmers take their cows to supermarket in protest 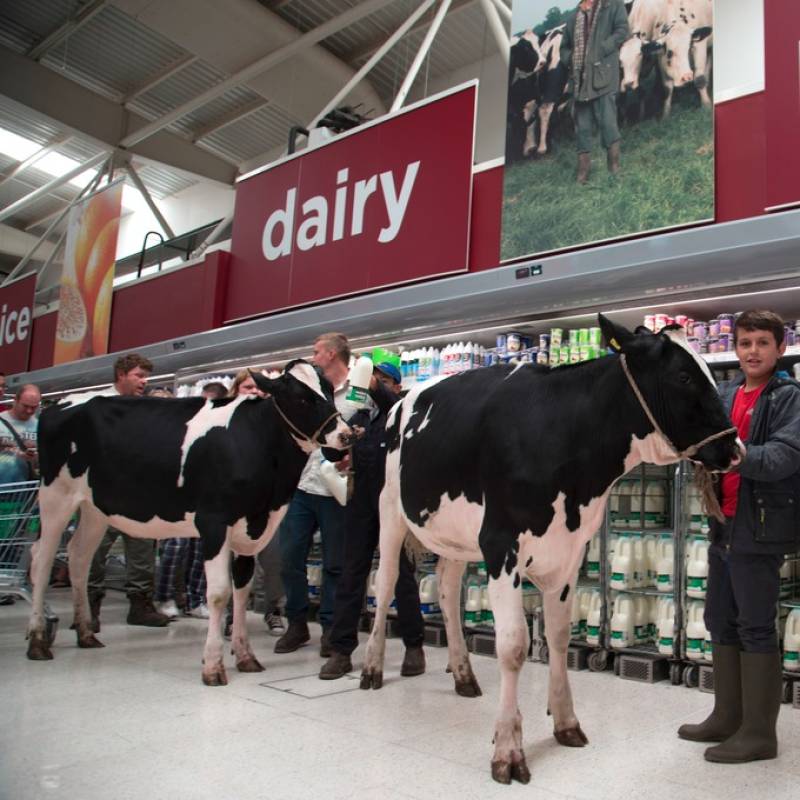 STAFFORD (Web Desk) - Around a dozen dairy farmers took their cows to a supermarket in supermarket in Stafford to protest against being paid low prices for milk.

According to police the incident took place on August 9, when few members of the National Farmers Union reached supermarket alleging that dairy farmers are paid very little share of the price that market traders charge from consumers. Milk is cheaper than bottled water even, they shouted.

Meanwhile police authorities reached the market and took certain steps to confine protesters so that minimum number of common people was disturbed.

After being moved on from the Stafford store the protesters attempted to take the cows to another supermarket, but police prevented them from getting on site.