Pakistan is gateway for trade, energy and oil: PM Nawaz 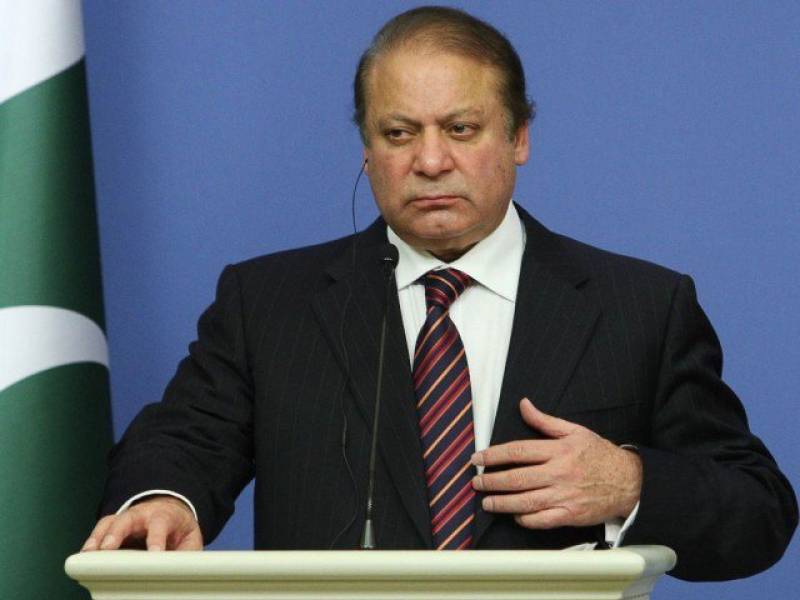 "We have the necessary infrastructure in place, as well as the manpower. The need of the hour is to improve connectivity and efficiency by spreading a network of roads, railways and telecommunications."

He was addressing an event where he was conferred the title of Honourable Professor at the prestigious Belarusian State University. The event was attended by a large number of members of the faculty, academicians and students.

In a talk delivered to the students after Rector Sergey V.Ablameyko donned him with a gown and conferred on him the title of Honouray Professor, the Prime Minister said Pakistan was a country of nearly 200 million people with a rich pool of young talented human resource, vast, but relatively untapped natural endowments, including mineral resources and sea ports at economically attractive locations.

He said Pakistan was situated at the confluence of the ancient silk routes - the cusp of Central, South and West Asia which makes it a potential major hub of regional economic activity. "We are determined to exploit this enormous potential," he said.

The PM who is here on a three-day official visit to meet the top Belarusian leadership and ink a number of important agreements laying the foundation for a strong bilateral relationship, said he felt "truly honoured" to be invited to the most prestigious University in Belarus.

He said Pakistan considers peace and enhancement of regional trade essential for regional prosperity, and mentioned the Pakistan-China Economic Corridor, which, he said would change the dynamics of the region, especially with its connectivity projects.

"Our region also has ample opportunities of cooperation in the field of energy. We can all reap harvest from various energy projects in the region such as CASA-1000 and the Turkmenistan, Afghanistan, Pakistan, India (TAPI) gas pipeline project." He stressed the need to work towards a successful implementation of these projects. The Prime Minister thanked the Belarusian State University for the honour conferred and expressed the hope that ties between the two countries would further strengthen in the days ahead.

He said the august seat of learning has greatly contributed to the intellectual and academic prowess of the people of Belarus, ever since its establishment in 1921.

He described the conferment of the degree as a " unique honour " bestowed upon him by such a renowned institution.

The Prime Minister said his government was focusing on development of country's educational institutions. "Our Vision 2025 emphasizes a knowledge based economy," and shared with the students that his government was doubling its budgetary allocation for education.

"We remain committed to increase it further to reach 4% of GDP. To my mind, there could be no better investment in a nation's future," he said.

Recalling the sacrifices, the country has given in its fight against terrorism, he said Pakistan has lost over 60,000 lives of civilians and uniformed personnel.

The quantifiable cost of terrorism since 9/11 was in excess of US $ 102 billion, besides the invisible costs due to missed investment opportunities.