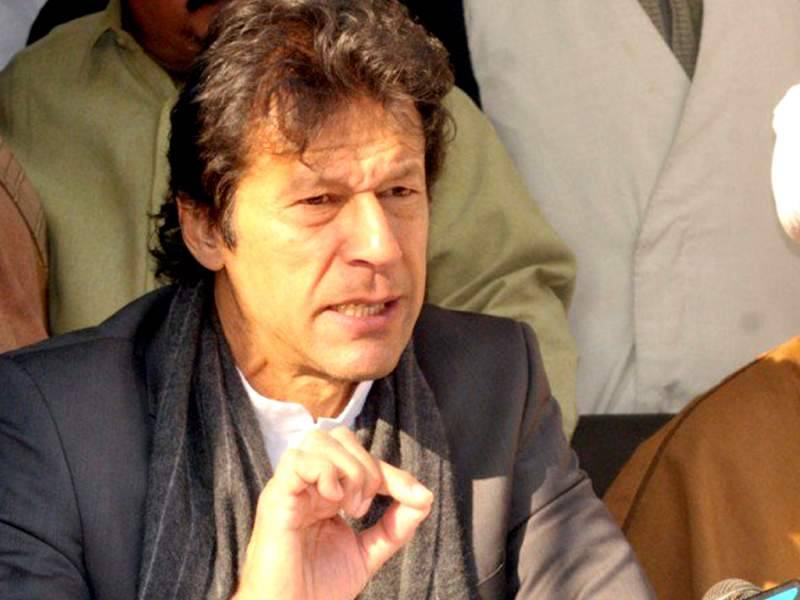 ISLAMABAD - An anti-terrorism court on Monday rejected a plea filed by PTI chief Imran Khan seeking removal of terrorism clauses in the cases against him.

As ATC Judge Shahrukh Arjumand resumed the hearing began, Khan's counsel Babar Awan presented arguments regarding the plea in which he had asked the court to remove the terrorism clauses.

The court is hearing four cases against regarding destroying property, attacking the building of PTV and Parliament, and injuring SSP Azmat Junejo during the 2014 sit-ins staged by PTI and PAT.

Babar said that it was everyone's democratic right to protest for the rights. He added that using sticks during the protest did not come under terrorism.

However, the prosecution argued that there was evidence that Imran Khan had incited his workers during the sit-ins.

After hearing the arguments, the court reserved the verdict and then announced the decision in favour of the prosecution. The court has adjourned the case till December 19 and also summoned Imran Khan.

The PTI chief also attended the hearing as he made his fourth appearance before the court. Speaking to the media outside the court, Imran termed filing terrorism cases against political rivals shameful.

On December 7, Khan made his third appearance before the court. During the hearing, police informed ATC Judge Shahrukh Arjumand that Khan had recorded his statement and he was no longer an absconder.

Babar Awan, counsel for Khan, had also filed an application to remove the charges of terrorism.

However, the public prosecutor argued that Khan incited his supporters for violence, which is a violation of Section 10 of the Anti-Terrorism Act.

In November, The PTI chief through his counsel had surrendered himself before the ATC, which then approved the PTI chairman's bail for Rs200,000 in each case. Earlier, the court had issued non-bailable arrest warrants for Imran Khan for not appearing in the court.