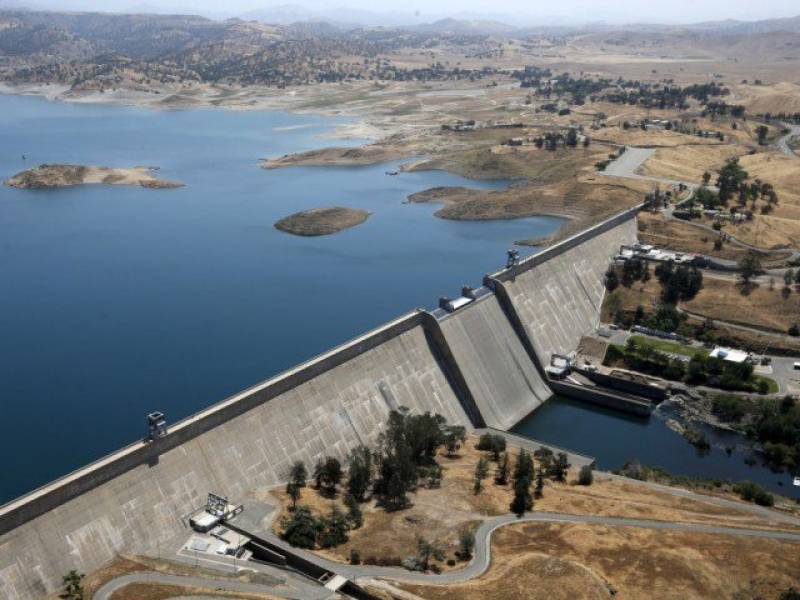 Briefing the Senate Standing Committee on Water Resources, WAPDA chief said that the proposed time for the completion of the dam was 5 years and eight months which would be reduced.

The official regretted that the project has been halted for the last 50 years adding that nine cases got registered against the Government of Pakistan for constructing the dam.

"All of the cases have been finally decided with verdicts in favour of the government," he expressed.

Detailing the project, Hussain expressed that the dam has a gross capacity of 1.9 million acre-feet (MAF), live capacity of 0.67 MAF with power generation potential of 800 megawatts (MW) and annual energy production of 2862 GWh.

The dam had command area of 16,737 acres, the chairman WAPDA added.

Hussain expressed it was falsely reported that WAPDA issued tender of the project through a single bidding process as WAPDA organised open competitive bidding.

During the presentation by WAPDA, it was revealed that the bidding process was held from November 23, 2017 to June 26, 2018 and around 23 firms purchased bidding documents, 15 attended pre-bid meeting, 10 firms visited the dam site and only 2 firms on Joint Venture submitted bids for the project.

"The tribal people of Mohmand Agency deserve great applause and appreciation for their cooperation and enthusiasm for the dam," the WAPDA chairman said.

The WAPDA chief expressed that they [tribes] asked the officials to start work as soon as possible and even proposed that they do not want compensation for their lands.

"This will help in capacity building of our skilled youth like fresh engineers and graduates of local universities and will also assist in fortifying indigenous technical manpower," Hussain remarked.

WAPDA officials further briefed the Senate Standing Committee that Chiniot Dam was proposed at an ideal location for flood mitigation in the area at Chenab River adding that the main objective of the dam was to cope with inundation occurring at the upstream areas.

It was also being built due to having 0.9 MAF water storage capacity, 80 MW power generation potential, domestic water supply, groundwater charge, recreation tourism and socio-economic development of the area objectives, they mentioned.

The officials informed that three alternative sites were under consideration as its concept paper PC1 has been approved and PC2 was under process. They added that the process would be expedited to get the project initiated without any further delay.

Mohmand dam is one of the dams for which the former chief justice Mian Saqib Nisar had started crowdfunding and opened a bank account. Up till now, around Rs9 billion has been collected in the said bank account - an amount much lesser than the one required for the project.