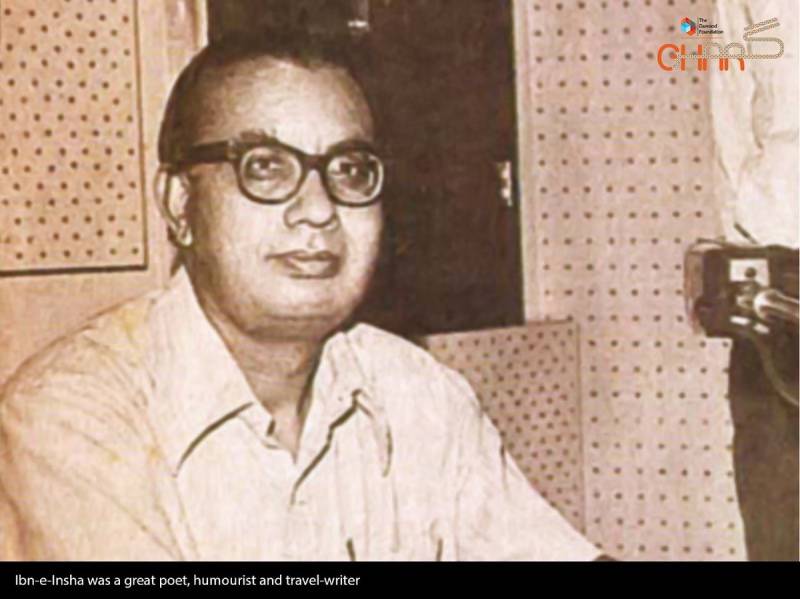 Ibn-e-Insha, whose real name was Sher Muhammad Khan, was born in the Jalandhar district of Indian Punjab in 1927 however he subsequently migrated to Pakistan.

His poetry was simple but had depth. The real cause of his popularity was his humorous poetry and columns.

His humorous books are “Khumar-e-Gandum” and “Urdu Ki Aakhri Kitaab”. His collection of letters is titled “Khat Insha Jee Kay”.