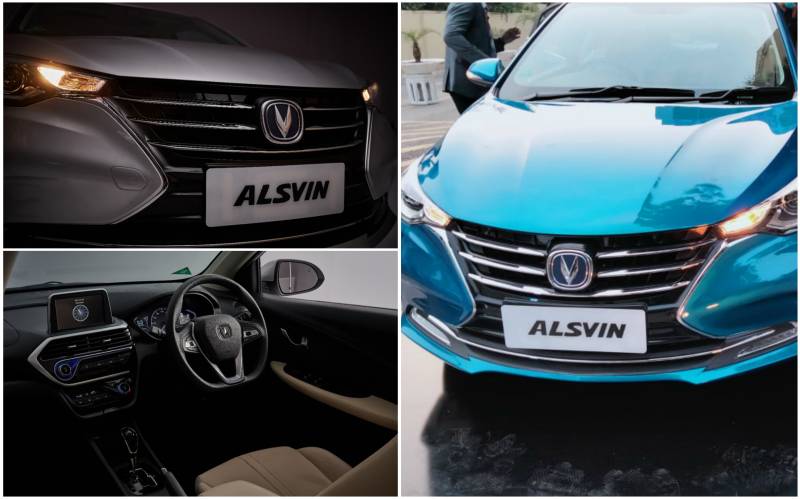 LAHORE – Changan Pakistan has announced the pricing for the most anticipated car Alsvin on Monday.

Master Changan debuted the Changan Alsvin on 11th December via digital video at a large scale press conference at Marriott Karachi, followed by the start-of-production at their plant in Karachi on 14th of December. Exactly one month from the debut, Master Changan is starting bookings and announcing the retail price today on the 11st of January 2021.

Introducing the vision behind Changan Alsvin, Danial Malik, CEO Master Changan said "Our next car is the essence of the same win-win philosophy where the customer doesn't have to compromise on their dreams. A car that can bring unparalleled value to our customers, our dealers, auto-parts manufacturers and the nation overall."

"This is a car that will transform the landscape of the Pakistani automotive industry by bringing features and technology to the customers in the segment that they could previously only have dreamt of," he added.

The Wait is finally over.

Unveiling the retail price of the Changan Alsvin; a "smart sedan", Danial said "it is not a cheap car, but the value that is being offered is much higher than its price. The Alsvin brings the Pakistani consumer international level built quality and safety standards, from our state of the art plant which has been designed to become the RHD export hub for Changan vehicles from Pakistan to the world”.

Commenting on the pricing strategy, Shabbir Uddin, Director Sales and Marketing said “The starting price is even less than many hatchbacks available in Pakistan whether locally assembled or imported from Japan. Whereas the price of 1.5L DCT LUMIERE is around the same as the stripped-down models of other subcompact sedans assembled locally”.

“The additional features offered in 1.5L DCT Lumiere edition compared to the highest price of comparable alternate cars in this segment are Sunroof, Cruise Control, TPMS, Start-Stop Technology and Heated side mirrors. Such features worth at least Rs 200,000 above the comparable alternate model which is priced at around 3,000,000. In that sense the Alsvin offers the value of a 3.2m at a price of Rs 2,549,000.” he added.

Cars in Pakistan are heavily taxed. The retail prices are loaded with 17% Sales Tax and a 5% FED on the retail level in addition to custom duties. So the retail price of the Alsvin 1.5L DCT Lumiere edition of 2,549,000 is actually only Rs 2,075,000 without Sales Tax and FED. The government should consider the reduction of taxes to make automobiles more affordable for the masses and increase total volumes which would in turn result in higher revenue generation for the government.

“Company has taken several measures to avoid investors jumping into the buying spree. One of those is one vehicle per CNIC. Lucky draw of 1,000 customers from a total 17,000 pre-bookings received and offering them the first chance to book during 11th to 13th January. In addition, we will offer the free maintenance for 1 year to the genuine customer who pre-booked in his name, makes payment himself and registers the car in his name.” he added.

Master Changan Motors Limited acquired Greenfield status under the Auto policy 2016-2021 and entered into a joint venture with Changan automobile with an initial investment of $100 million - the largest investment of its kind by an OEM in Pakistan’s history. The company established a plant in Karachi with an annual production capacity of 30,000 units. The JV further invested $36 million to introduce the Alsvin in Pakistan and aims to bring in a couple of more exciting models by June 2021.

Changan is China’s No.1 domestic automotive brand consecutively for the last 10 consecutive years. The company invests 5% of its annual revenues in R&D giving it the best capability in automotive technology that has allowed them to introduce level 3 autonomous driving in China. Changan has a wide range of beautifully designed and high-quality sedans, SUVs, MVPs, LCVs and is well on its way to electrifying all its models by 2022. In their next phase, Master Changan Motors plans to introduce these electric vehicles in Pakistan as well.

The Alsvin will be offered in three variants, the prices of all variants are as follow.