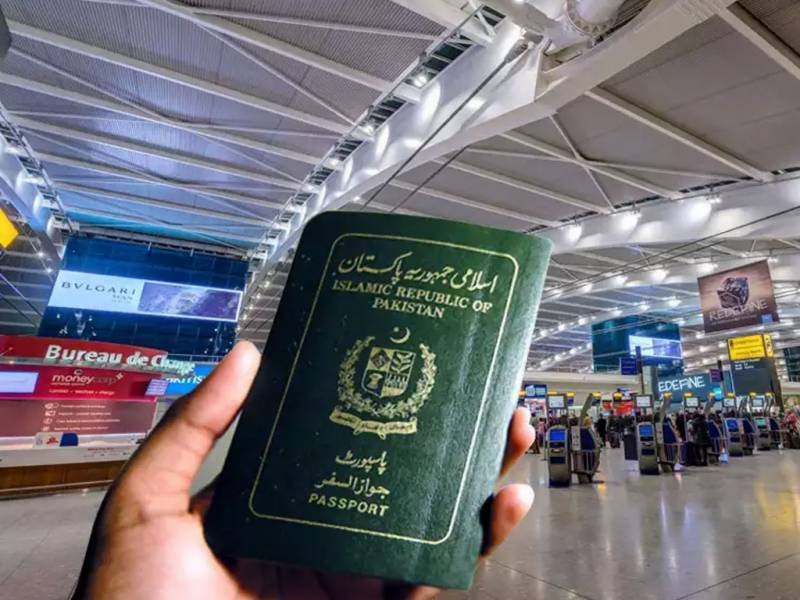 ISLAMABAD – Pakistani passport has been ranked as the fourth worst in the world for another time by the Henley Passport Index, which classifies travel documents from different countries in light of international mobility.

According to the Henley Passport Index for 2023, the South Asian country is placed at the 106th position on the list -- the fourth-worst in the index -- with visa-free access to only 32 destinations across the world.

The three other countries’ passports that rank lower than Pakistan’s are Syria, Iraq, and Afghanistan. 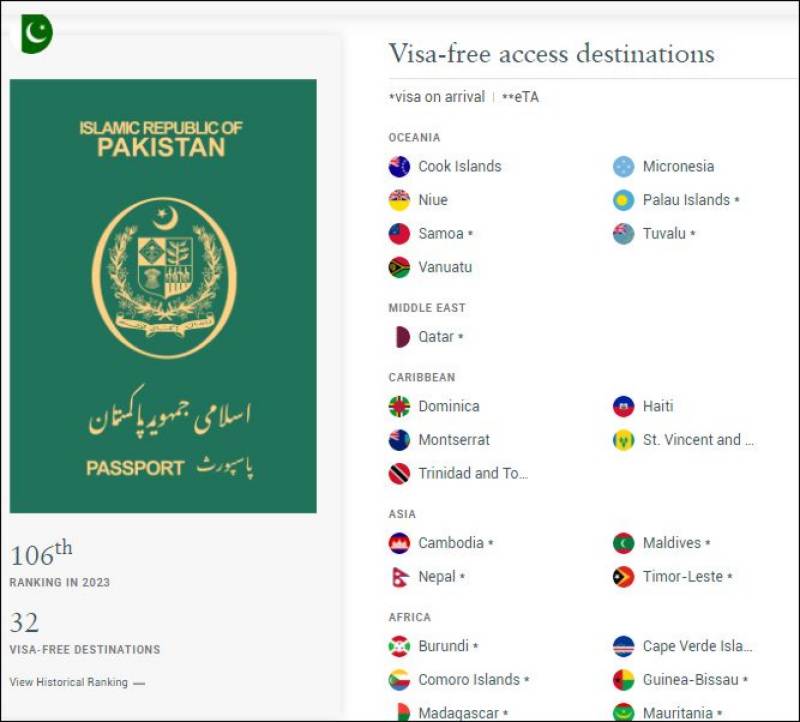 Some of the war-ravaged countries including Yemen, Somalia, Palestine, Nepal, North Korea, and Libya have all been placed above Pakistan on the list. 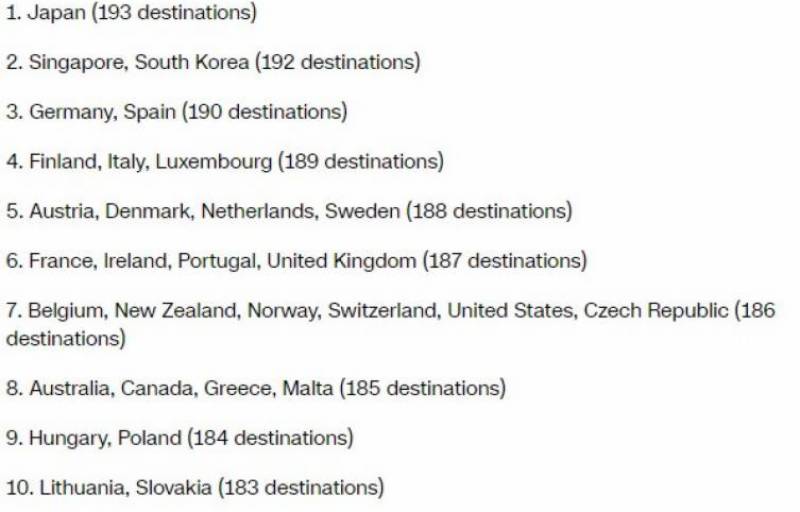 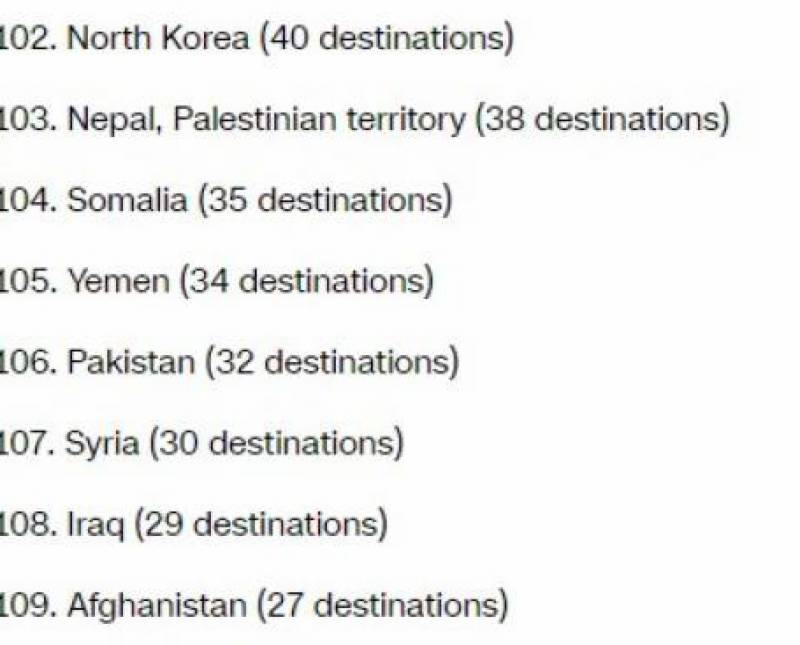 The Henley Passport Index is a ranking of all the world’s passports according to the number of destinations their holders can access without a prior visa.