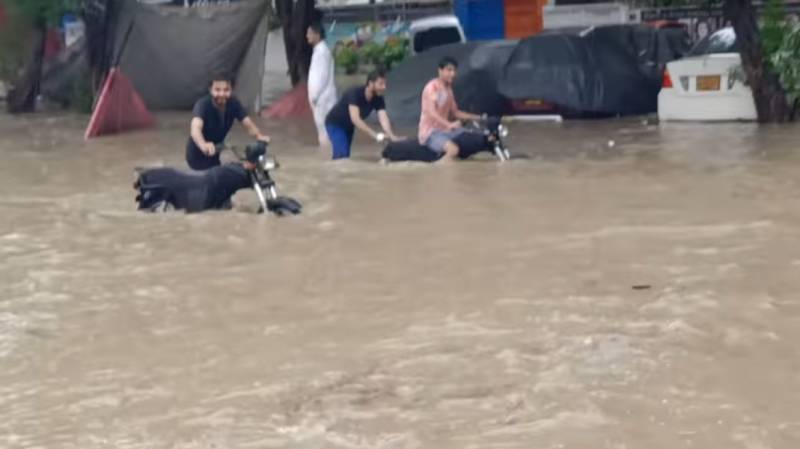 According to the rescue, a 22-year-old man was electrocuted to death in Landhi, while a five-year-old girl drowned in a drain near Vita Chowrangi in Korangi.

Similarly, a 55-year-old electrician was electrocuted to death in the Garden area. He was fixing an electric motor.

In Orangi Town, a motorcyclist was killed after he fell in a drain and a 10-year-old boy was electrocuted in Gulshan-e-Hadeed.

The country's largest populated city received heavy rainfall coupled with a cool breeze and thunderstorms in most areas yesterday.

Another rain and once again the same story of our #Karachi
The city has no sewers, no drainage system. Sindh government is busy in celebrating birthday's or introducing Ajrak Masks 😷#karachirain pic.twitter.com/wQMuBP6eY1

The temperature in the megapolis fell and electricity supply has been suspended in multiple areas.

The administration has asked that all sacrificial animals be kept indoors and away from electricity poles.

An emergency has been imposed at hospitals across the city. The Karachi Metropolitan Corporation has advised people to stay away from electric wires and take precautionary measures to protect themselves.

According to Met Office Sindh Director Sardar Sarfraz, this is the third spell of monsoon rains in the megacity. light rain is also expected on Eidul Azha as well, which will be celebrated on August 1.