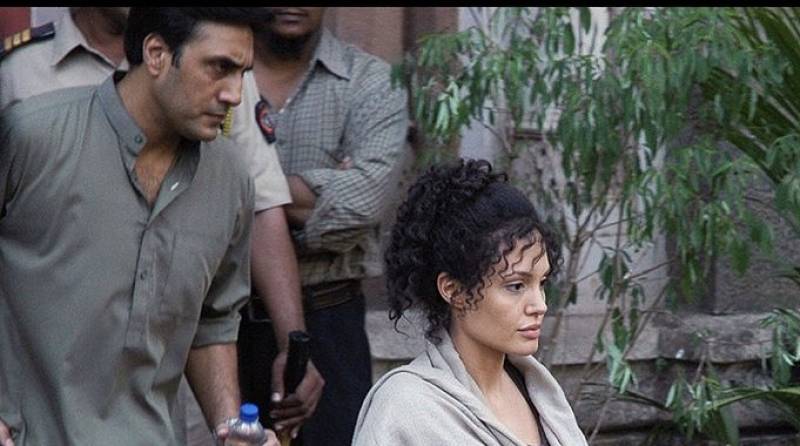 There have been many Pakistani artistes who made it all the way to Hollywood and made us proud. From Mahnoor Baloch and Sajid Hassan to singers such as Rahat Fateh Ali Khan or Meesha Shafi, a number of celebrities have worked in Hollywood.

A prominent name to have shared screen space with a Hollywood A-lister is none other than Pakistan's leading heartthrob, Adnan Siddiqui.

Recently, the actor took to Instagram and shared a throwback picture with actress Angelina Jolie. The snap was taken on the set of their film, titled 'A Mighty Heart.'

Blast from the past! While filming one of the scenes from “A Mighty heart” with gorgeous Angelina Jolie❤️. .guess why am I holding my pocket ??? . . . #angelinajolie #amightyheart #hollywood #paramount #india #pune #thepearl #danielpearl #Journalist #wallstreetjournal

"Blast from the past! While filming one of the scenes from 'A Mighty Heart' with gorgeous Angelina Jolie," read the caption.

'A Mighty Heart' is a tragic murder story of an American journalist, Daniel Pearl, who goes missing in Pakistan. The film was directed by Michael Winterbottom and also starred late Bollywood actor Irrfan Khan.