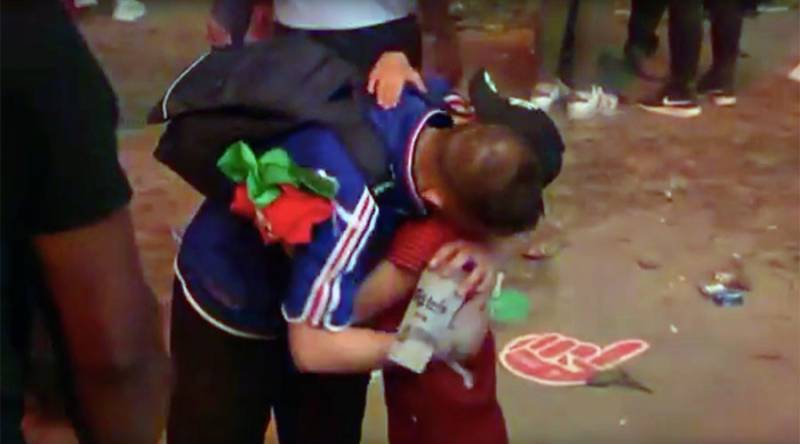 The French fan, who was crying openly in the street after his team's defeat to Portugal on Sunday, was approached by a boy in Portugal colors, who shook his hand in an effort to cheer him up.

The kind gesture obviously took the dispirited Frenchman by surprise. In response, he gave the Portugese boy a high-five and a big hug.