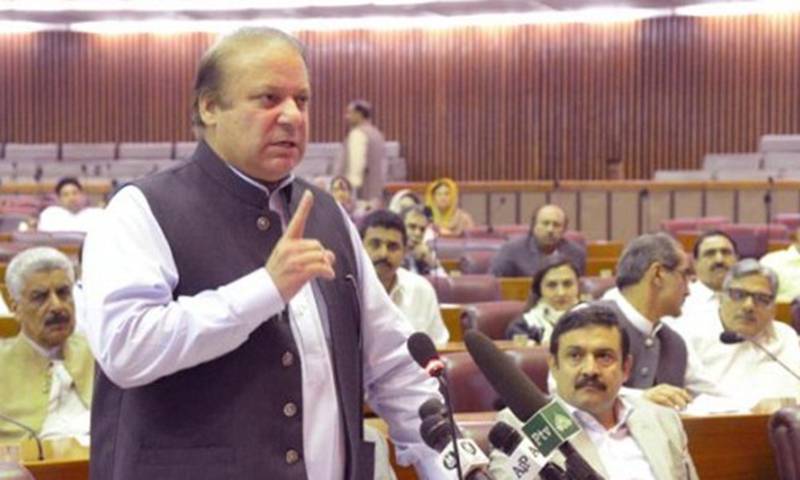 ISLAMABAD (Staff Report) - Prime Minister Nawaz Sharif has said motorways are being constructed in all the four provinces to improve the country’s infrastructure.

Replying to the points raised by Nawab Ali Wassan of PPP in his budget speech during a parliament’s session on Thursday, the prime minister said the work on Hyderabad-Karachi section of Lahore-Karachi Motorway has already begun.

Nawaz Sharif also assured that work on Hyderabad-Sukkur section would be completed.

In KPK, the work on Hazara Motorway is going on rapidly, the premier said, adding the PML-N government is working on these projects as a national duty.

PM Nawaz further expressed the confidence that these projects will be completed during the next three years.

He reminded the house that the Coastal Highway from Gwadar to Karachi was also constructed by the PML-N government.

“The government wants to make Gwadar a best port, city and a district. We should sit together and frame new laws to give a special status of free port to Gwadar including a new administrative system there,” he added.