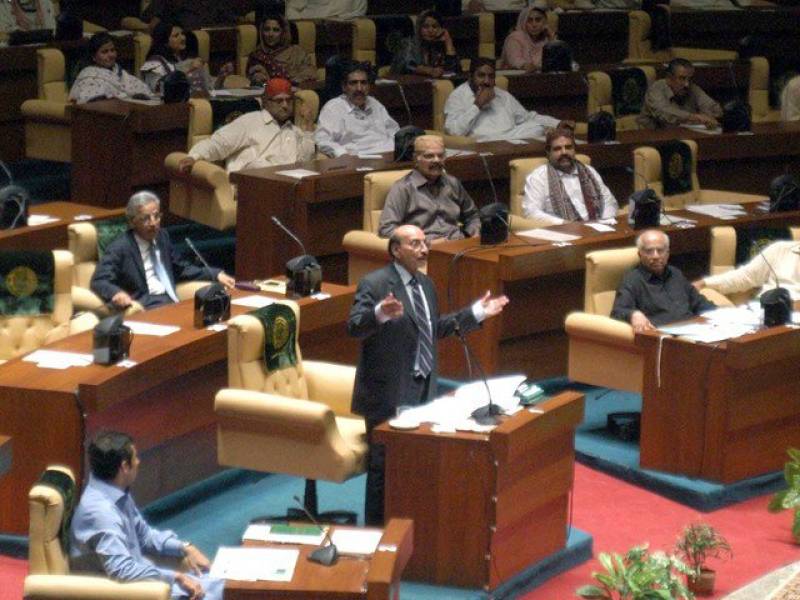 Presenting the budget in the Sindh Assembly, Provincial Finance Minister Syed Murad Ali Shah said that total revenue expenditure is being estimated to grow by 13.8 percent to 572.76 billion rupees in 2016-17.

Shah said the receipts of province for the financial year 2016-17 with 17.61 percent increase over current budget estimate of 726.57 billion rupees are estimated 854.50 billion rupees.

He said the receipts from federal divisible pool taxes comprising 67.8 percent of total tax and non-tax receipts of province are estimated 493.2 billion rupees.

The biggest amount of Rs150bn has been allocated for education while Rs55bn has been set aside for health.

The combined budget for Sindh Home Department and the police has been suggested to be Rs70bn.

A special package of Rs10bn has been set aside for Karachi in next year's budgetary proposal.

Rs35 billion were set aside to deal with the ongoing energy crisis with an allocation of Rs18 billion for the Thar coal project.

A total of Rs55bn has been allocated for health.

Budget for aid of minorities has been increased by 200%.

The provincial government will spend 36% of its annual budget on development sector. The estimated deficit in the provincial budget for upcoming financial year would be between Rs14 billion.

Sindh government has increased development budget by Rs50 billion. 10% increase in salaries and ad hoc allowances has been merged into basic pay.

1500 agricultural equipments will be distributed among the farmers at half price. Nawab Shah, Sanghar road will be constructed with Rs2.9 billion.

The Finance Minister also announced increase in SIUT grant from Rs 3 to 4 billion.