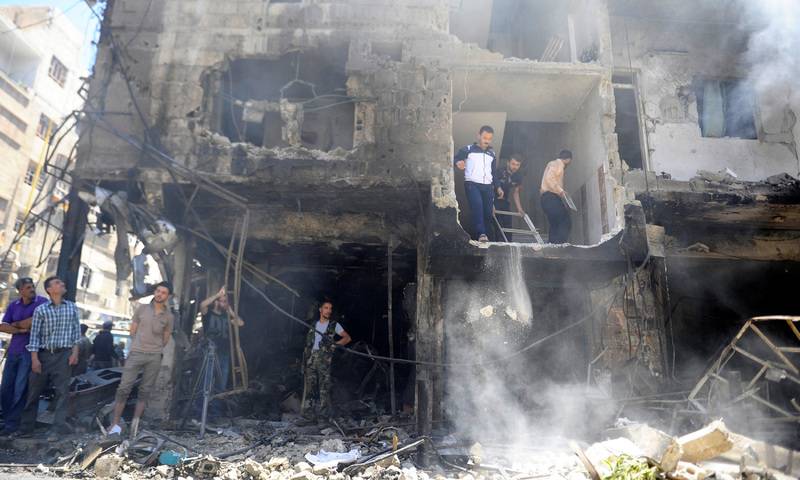 AMMAN (Web Desk) – A car bomb and an attacker wearing an explosive vest struck an area close to a holy shrine in the suburbs of the Syrian capital, Damascus.

Syrian Observatory for Human Rights said at least 20 people were killed and dozens of others injured on Saturday when explosions hit close to the holy shrine of Hazrat Zaynab.

State television showed debris, mangled cars and wrecked shops on a main commercial thoroughfare near the Sayeda Zeinab shrine, in an area where at least three bomb attacks claimed by Islamic State have killed and wounded scores of people this year.

Islamic State said two of its suicide bombers had blown themselves up and operatives had detonated themselves in an explosives-laden car, according to the IS-affiliated Amaq news agency.

The Sayeda Zeinab shrine is a magnet for thousands of Iraqi and Afghan militia recruits who go there before being assigned to front lines, where they fight against the Sunni rebel groups trying to topple President Bashar al-Assad.