There should be no restriction on Musharraf's return to Pakistan: Khawaja Asif 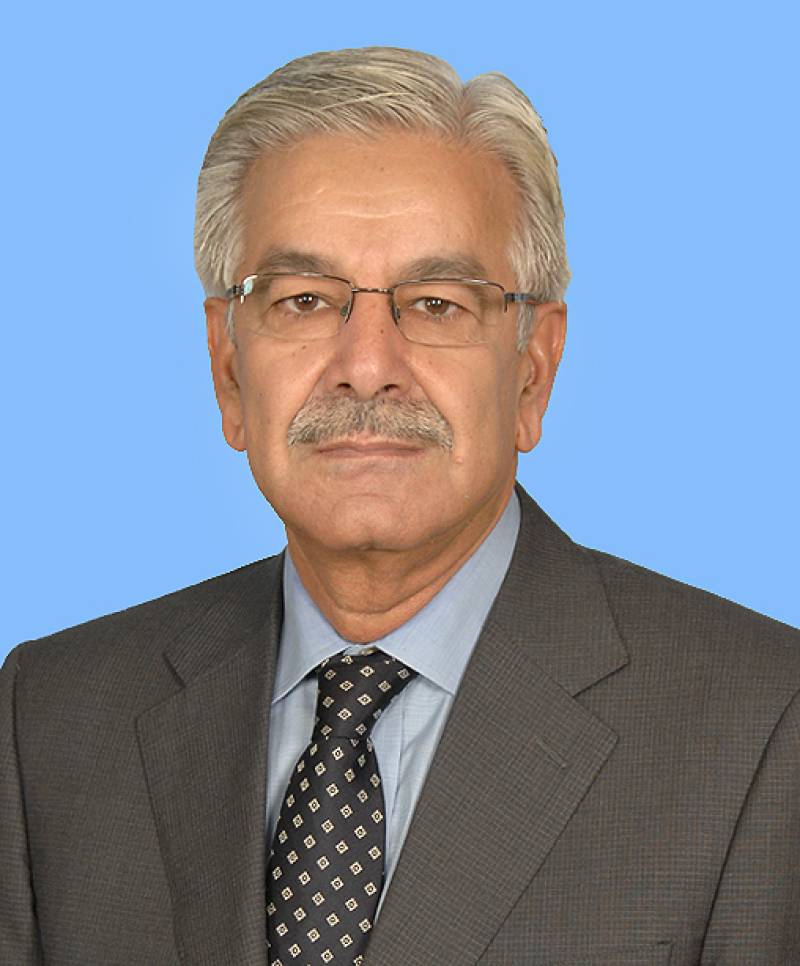 ISLAMABAD – Pakistan's Defence Minister Khawaja Muhammad Asif has said there should be no restriction on former military dictator Pervez Musharraf's return to the country.

His statement came amid reports about the deteriorating health of the former Pakistan president.

Taking to Twitter, Khawaja Asif said, “In view of his health condition, there should be no hindrance in the return of Pervez Musharraf to the country.”

Asif prayed for Musharraf's health and said, “May he spend his time with dignity in this phase of life.”

A day earlier, the All Pakistan Muslim League (APML) — the political party formed by Musharraf — rubbished the reports of his death.

The APML said the ex-military ruler was taken back to his residence after three weeks of admission to a hospital. It also refuted the news that Musharraf was in a critical condition or on a ventilator.

The news regarding his death is not correct, it said, asking people to pray for his recovery.

The party said that Musharraf was being treated for amyloidosis at his home and his condition was stable.

Amyloidosis is a condition which is caused by a build-up of an abnormal protein in organs and tissues that prevents them from working properly.

Musharraf's family said he had not been put on a ventilator and had been hospitalised due to a complication of his ailment (amyloidosis).

"Going through a difficult stage where recovery is not possible and organs are malfunctioning. Pray for ease in his daily living," the statement added.

The former Pakistani ruler has been living in the United Arab Emirates (UAE) for the last many years.