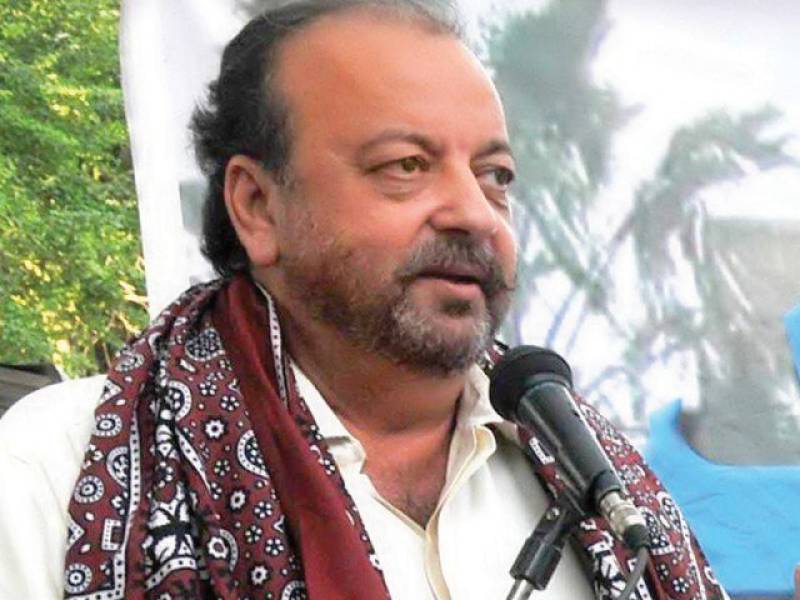 Durrani was produced before the court on Monday amid tight security by the officials of National Accountability Bureau.

During the hearing, the Sindh Assembly speaker complained that the officials of the National Accountability Bureau searched his house for 8 hours and carried away all of his belongings.

'I have not been allowed to sleep since day 1,' Durrani contended before the judge.

He complained that his family members were being harassed in the process. Moreover, the PPP leader complained that as many as 8 accused were occupying the cell in which he was detained.

After hearing the arguments, the accountability court directed the anti-graft body to produce a progress report before the court on next hearing and extended the physical remand of Pakistan Peoples Party leader.

Agha Siraj Durrani was arrested by NAB from a hotel in the Red Zone in Islamabad last month. He was accused of illegal appointments, misuse of power, misappropriation of funds and owning assets beyond his known means of income.

He was shifted to Karachi after the arrests. During the detention period, Durrani was produced in the Sindh Assembly on the production order.