Indian troops arrest over a dozen young Kashmiris in Pulwama 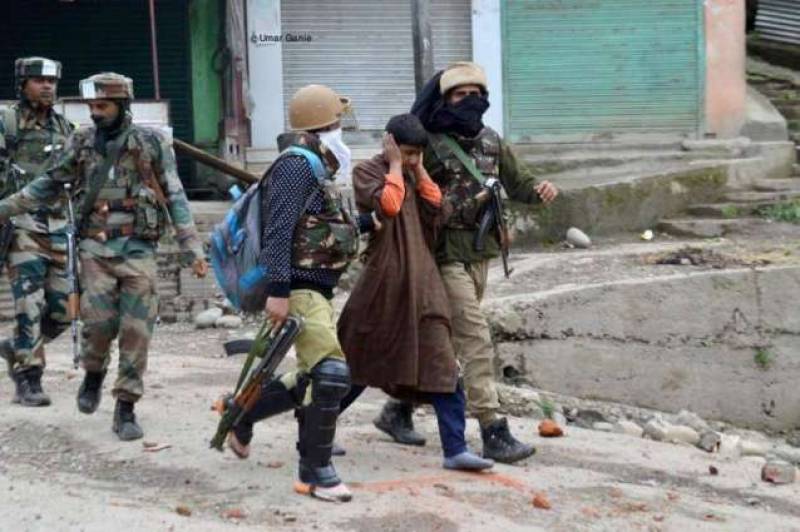 Indian troops arrested over a dozen youth during the ongoing crackdown operations in Pulwama district of the occupied Kashmir on Wednesday.

According to Kashmir Media Service, the troops launched massive cordon and search operations in Sirnoo, Monghama and Kareemabad areas of the district.

They barged into houses, ransacked household goods and arrested, at least, 13 youth. The troops also harassed the inmates. A police official said the youth were arrested on charges of taking part in anti-India protests.

The Chairman of Jammu and Kashmir Youth Social Forum, Omar Aadil Dar, addressing a party meeting in Srinagar said the relations between Pakistan and India cannot improve without settlement of the Kashmir dispute.

The High Court of occupied Kashmir has directed the Indian authorities to respond to a petition seeking the shifting of illegally detained Kashmir Bar President, Mian Abdul Qayoom, from New Delhi’s Tihar Jail to Srinagar.

In London, an exhibition titled “Stop Genocide in Kashmir” was organized on the Commonwealth Day. The participants of the exhibition were informed that India being a member of the Commonwealth was violating all the core values of the organization, which revolve around peace, democracy and human rights.