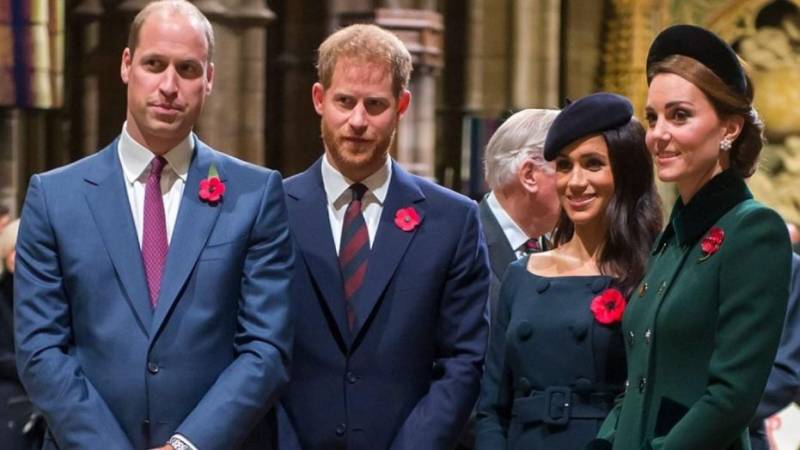 Meghan Markle and Prince Harry's tell-all interview with Oprah Winfrey has been promisingly explosive that has potentially shaken the monarchy to its core.

Prince William responded to the allegations saying that the royals are not racist as he replied about Meghan and Harry's revelations that one unnamed member of the family had asked how dark their son Archie’s skin might be.

Coming forth defending the Britsh royals, Duke of Cambridge responding that he has not yet spoken to his brother Harry, but will do so very soon.

The Duke was visiting a school in Stratford alongside his wife Kate Middleton when a reporter asked him, "Is the royal family a racist family, sir?"

He replied, "We're very much not a racist family."

The royal prince was then asked whether he has spoken to his brother since the Oprah interview, to which he replied, "No, I haven't spoken to him yet but I will do."

Meghan - Harry interview was watched by 12.4 million viewers in Britain and 17.1 million in the United States.

It has proved divisive among the British with a majority believing it showed how outdated and intolerant the institution was while some decried it as a self-serving attack that royals did not deserve.