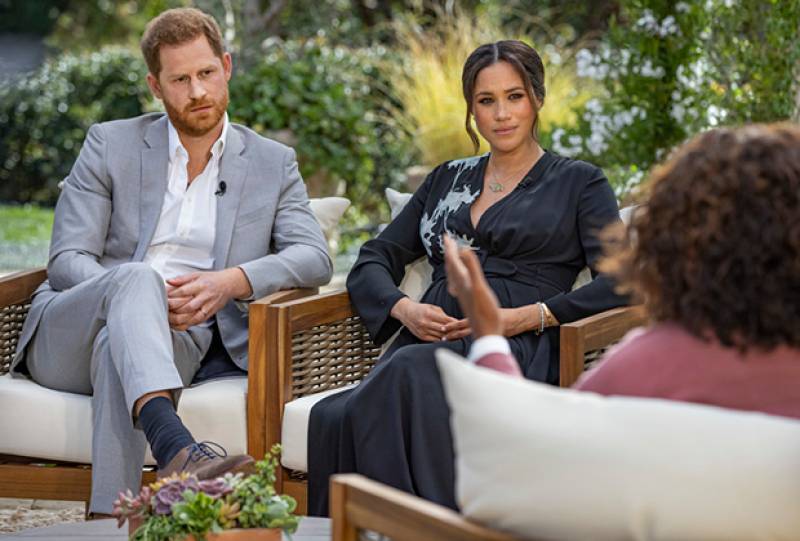 The most talked-about interview of Meghan Markle and Prince Harry with Oprah Winfrey has been promisingly explosive that has the potential to shake the monarchy to its core.

In their tell-all interview with Oprah Winfrey, the Duke and Duchess of Sussex revealed that they will be welcoming their second child - a girl. Their son, Archie Harrison Mountbatten-Windsor will turn two years old in May.

Further, Markle accused the British royal family of racism, lying and pushing her to the brink of suicide. Her son Archie had been denied the title of prince because there were concerns within the royal family about how dark his skin might be.

“They didn’t want him to be a prince,” Meghan said in an interview with Oprah Winfrey. She said there had been “conversations about how dark his skin might be when he’s born.”

Delving into details, Meghan declined to say who had such concerns but Harry revealed his disappointment when his family had cut them off financially and that his father Prince Charles, heir to the British throne, had let him down and refused to take his calls at one point - though the father-son duo is now on talking terms.

Amid the royal fiasco and secrets unravelling, Meghan described the British royal family as uncaring and mendacious along with accusing Duchess of Cambridge, Kate of making her cry before her wedding.

“The reverse happened. A few days before the wedding she (Kate) was upset about something, pertaining to yes the issue was correct about the flower girl dresses, and it made me cry. And it really hurt my feelings.”, she explained.

The prince went so far as to say he was “trapped” by the royal institution, “I was trapped, but I didn’t know I was trapped, Trapped within the system. My father and my brother — they are trapped. They don’t get to leave. And I have huge compassion for that.”

Apart from the sheer volume of revelations, Harry also denied blindsiding Queen Elizabeth, his grandmother, with his decision to shun life within the monarchy.

Duke and Duchess of Sussex, Harry and Meghan have been under the spotlight since their departure from the UK royal ...

Meghan told Winfrey that people within the royal institution not only failed to protect her against malicious claims but lied to protect others.

She had not realised what she was marrying into when she joined the British monarchy. “I will say I went into it naively because I didn’t grow up knowing much about the royal family,” Meghan said.

Harry said Meghan had “saved” him from his trapped royal life. “I would disagree, I think he saved all of us. You made a decision that certainly saved my life,” Meghan said.

While the family including Prince Charles came in for open criticism, neither Harry nor Meghan attacked Queen Elizabeth directly.

Buckingham Palace has yet to comment publicly on the interview, which aired in the early hours of Monday morning in Britain.

Prince Harry and Meghan Markle have sent birthday presents for Duchess of Cambridge as reported by Us Weekly. The ...