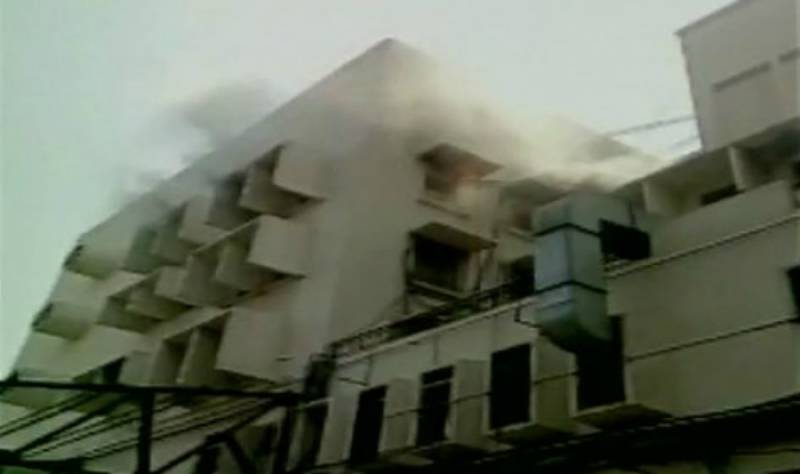 NEW DELHI (Web Desk) - A fire broke out at the Times of India building near Bahadur Shah Zafar Marg in central Delhi on Wednesday.

According to Indian media, a fire broke out on 4th floor of the building. The building also housed offices of the Economic Times and the Navbharat Times.

According to Delhi Fire Services (DFS) director GC Mishra "It is a medium category fire. Keeping in view the safety of the number of buildings in the area we have sent 21 fire trucks to the spot to douse the flames."

Hundreds of employees and others present in the building evacuated the premises by the time fire officials reached. No casualty was reported.

A fire official told reporters, that DFS initially sent six fire tenders when they were informed about smoke from the offices, later they dispatched more.