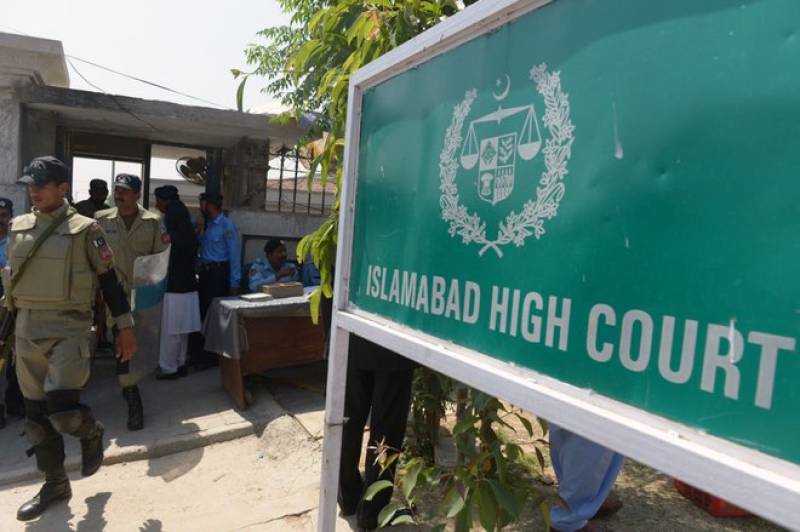 ISLAMABAD  - The Islamabad High Court ruled on Friday that US Defence and Air Attaché Colonel, Emanual Joseph, who rammed into motorcyclists and killed one of them last month, does not have absolute immunity.

Justice Aamer Farooq of the IHC announced the verdict reserved on a petition filed by victim's father and directed the interior ministry to decide about placing Col Hall's name on the Exit Control List (ECL), within two weeks.

Mohammad Idrees, Ateeq's father, had filed a petition through his counsel Shahzad Akbar seeking travel restrictions for the diplomat.

In his concluding arguments on Monday, the counsel had argued before Justice Farooq that 'absolute immunity of diplomats may defeat citizens’ trust in the justice system'.

The counsel contended that under the Vienna Convention on Diplomatic Relations 1961, there was a diplomatic ‘immunity’, not ‘impunity’.

On April 24, the interior ministry had informed the court that in order to restrict the movement of Col Hall, his name had been placed on the blacklist of the directorate of immigration.

In a recent development over the case, one of Joseph’s security officials, Syed Taimoor was also arrested on the orders of AIG Islamabad Asmatullah Junejo.

The Kohsar police arrested Syed Taimoor Iqbal from the parking area of the district and sessions court Islamabad as he had allegedly threatened and assaulted the police officials besides assisting a US diplomat, escape from police custody after a fatal traffic accident.

According to the FIR lodged after the incident, Iqbal misbehaved with police after the accident and attacked Abdul Sattar, the Station House Officer who became a complainant and stated that US embassy official tried to resist police from shifting the car and its driver to the station.

The staffer was presented in Judicial Magistrate’s court last week and was ordered to sign a surety bond worth Rs. 50,000 to get bail.