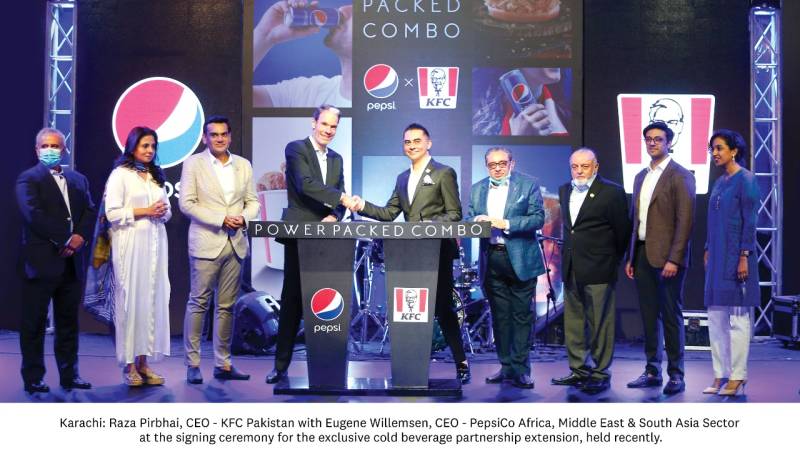 KFC Pakistan renewed its exclusive cold beverage partnership with Pepsico Pakistan for the next 5 years as part of a high-spirited signing ceremony held at DHA Golf Club last Sunday.

Capping off a relationship which has persisted for more than 20 years, the renewal of the contract extends an association which began in 1997 - the year KFC arrived in Pakistan. With both brands being powerhouses, this partnership will only help them go from strength to strength.