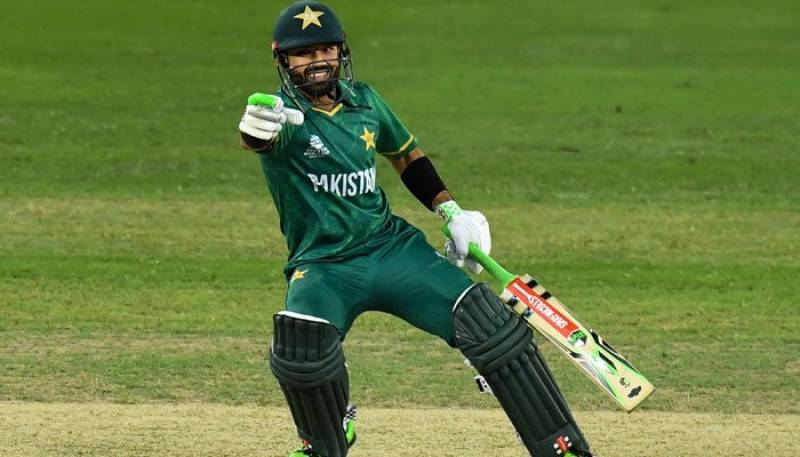 DUBAI – Pakistan’s wicketkeeper-batsman Mohammad Rizwan has become the first batter in T20I history to cross the 1000-run mark in a calendar year.

He achieved this feat while playing against Australia in the second semi-final of the ICC Men’s T20 World Cup in Dubai International Stadium.

With his brilliant knot of 67 after two dropped catches, he helped Pakistan to 176/4 in a crucial match.

The Pakistani batter has also beaten Indian player Virat Kohli to hit the fastest 2500 runs in the T20Is. Azam achieved the milestone in 62 matches and Kohli had attained the feat in 68 innings.