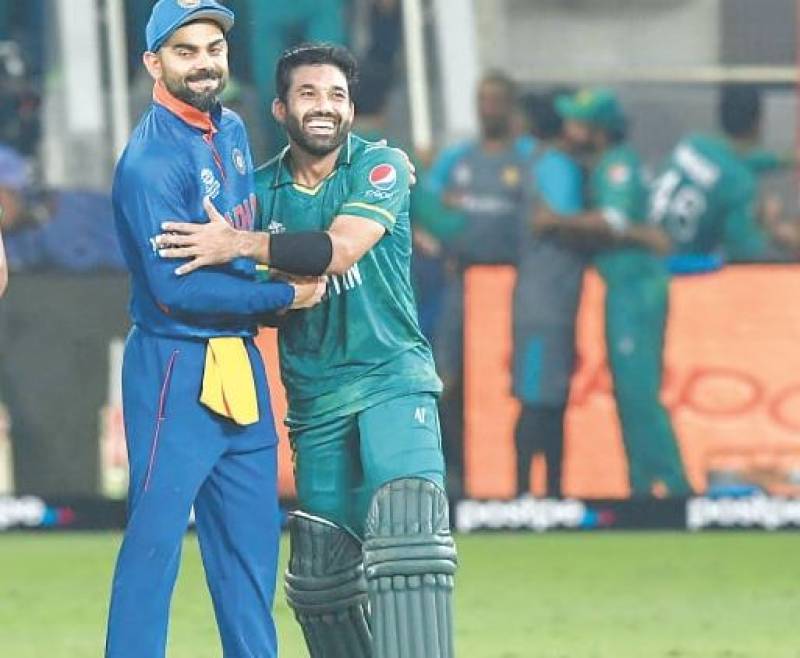 Rizwan, who was at 7th spot on batters’ list before the start of the World Cup, has secured 4th position, pushing Kohli down to the fifth place.

Rizwan had scored 79 against India and 33 against New Zealand in T20 World Cup matches.

🔥 Mohammad Rizwan rises to No.4 among batters

All you need to know about the latest rankings 👉 https://t.co/1sQBCW4KB0 pic.twitter.com/WfPp8XBb5I

England’s Dawid Malan (831) remains top batsman but Pakistan’s Babar Azam (820) has cut the gap down to just 11 points after his strong start to the tournament.

Meanwhile, Pakistan’s Shaheen Shah Afridi and Haris Rauf have emerged as one of the big movers in the T20I rankings after their impressive performances in World Cup matches against India and New Zealand.

Afridi (596), whose opening spell against India stands among this tournament's most iconic moments so far, moved up 11 spots and is now knocking on the door of the top 10 at 12th spot, said ICC in an official statement.