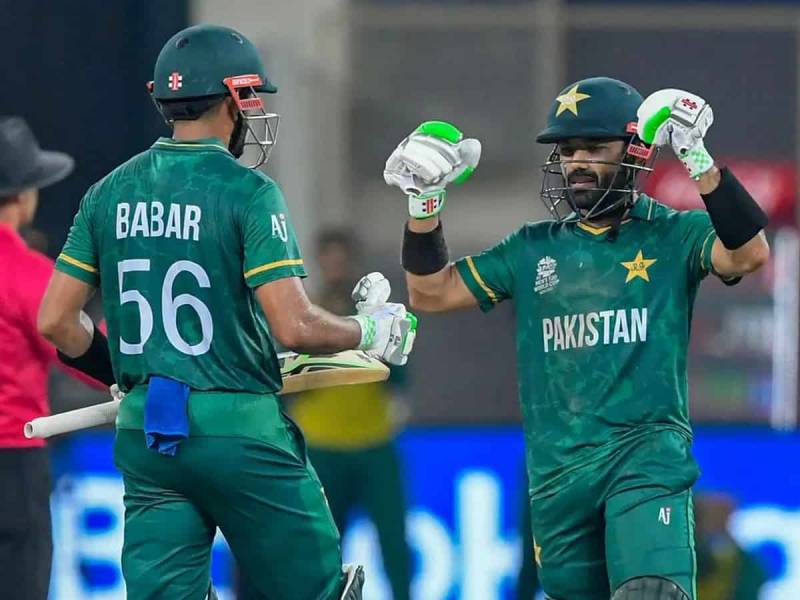 KARACHI – Pakistan’s openers Babar Azam and Mohammad Rizwan continued a rich vein of form in limited-overs cricket as the duo became the first Pakistani pair to score 1,000 runs in T20Is.

The pair, who smashed unbeaten half-centuries against India to register their first win in a Twenty20 World Cup, achieved the recent feat after amassing a 28-run partnership against New Zealand.

Pakistani skipper and wicketkeeper-batsman Rizwan batted together 17 times since 2019 and have four-century partnerships to their credit. 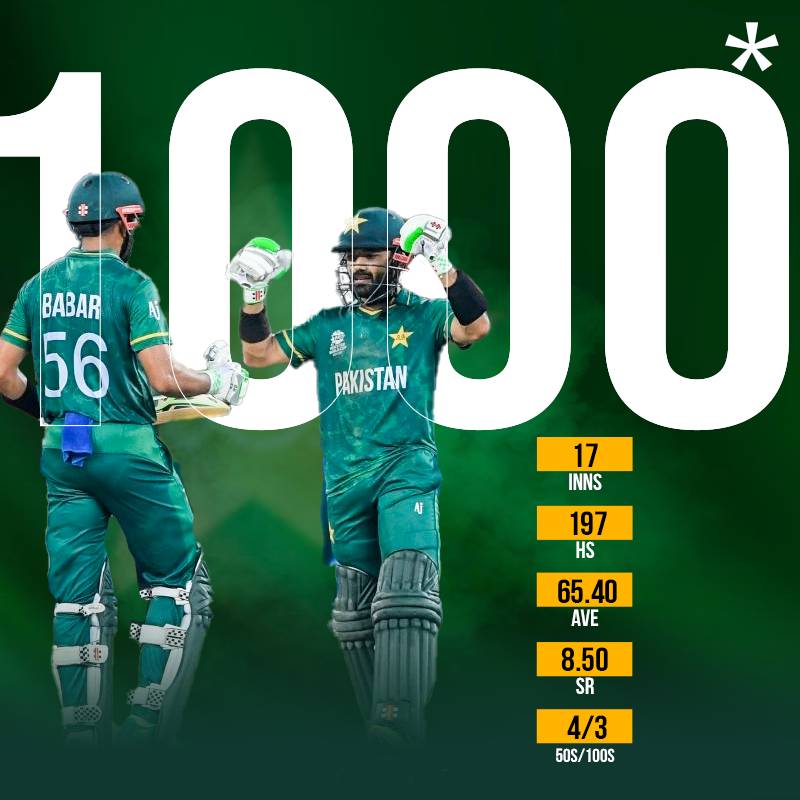 Furthermore, the ace batsmen are among the 11 partners in the world who have 1,000 partnership runs to their credit. Apart from Pakistani players, Ireland’s Kevin O Brian and Paul Stirling are also accumulated 1,000-run partnerships.

The average partnership score between the two is 63.06, the best among all the batting partners of the world to have scored 1,000 runs jointly.

On Sunday, the duo also created a record of Pakistan’s best-ever partnership for any wicket against traditional rival India in limited-overs cricket. The top-order batsmen end the 9-year-old record created by Mohammad Hafeez and Shoaib Malik.

Pakistan's cricket team had an unbelievable triumph against India during the T20 World Cup which has left the cricket ...