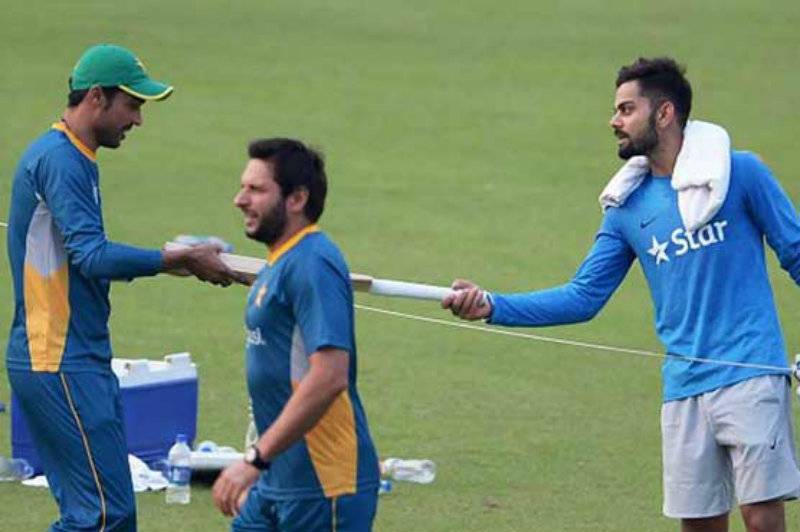 The Indian batsman handed over the bat to Amir during a pre-match practice session at the Eden Gardens stadium in Kolkata.

The 23-year-old pacer has had to face stiff resistance from many quarters including his own teammates after serving a prison term and a five-year ban for spot-fixing in a Test match against England at Lord s in 2010.

Kohli, 27, has however openly welcomed Amir s return to the international fold.

After praising Amir’s talent on TV, Kohli has now gone one step farther, and this time he has presented a gift to Mohammad Amir, and that gift was hi own bat!

Earlier, he met Pakistan skipper during the practice session and duo spent some lighter moments together.

Pakistan and India are all set to meet tomorrow in their Group-2, Super-10 round clash of ICC WT20 2016 at Eden Gardens, Kolkata.