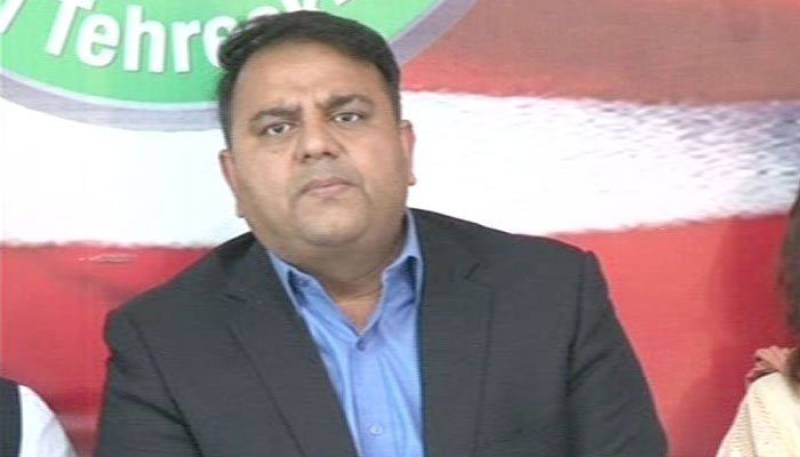 ISLAMABAD - Prime Minister Imran Khan on Thursday directed the Ministry of Finance to hold a thorough probe into the loans taken by the government during the past ten years and their utilization.

Federal Minister for Information and Broadcasting Chaudhry Fawad Hussain stated this while briefing the media about the decisions of the federal cabinet meeting, chaired by Prime Minister Imran Khan. He said Pakistan’s example was like a family whose house had been burgled and the thieves had escaped.

The nation would have to catch the thieves to recover the stolen money, but at the same time, it had to get loans for running government affairs.

He said that Speaker National Assembly Asad Qaiser had issued production orders of opposition leader Shehbaz Sharif on the request of the opposition. The speaker had shown large-heartedness as during remand period such orders were normally not issued. The parliament would get a chance to question Shehbaz regarding what he had done, Chaudhry Fawad said.

He expressed surprise over the appearance of opposition members on television screen criticizing the present government, who should have been responding to the allegations about ruining the economy of the country.

Fawad said he would soon submit a resolution in the National Assembly Secretariat for a constitution of a parliamentary panel to investigate the causes of the present economic crisis and pinpoint the accused.

The minister said a committee, like the parliamentary panel on alleged rigging in the general election, was needed to investigate the past 10 years period and find out the reasons behind the present economic crisis and name the persons responsible for it and they should be brought to book.

He said that the cabinet discussed modalities of the Naya Pakistan Housing Scheme. He disclosed that the land given by the government would be used as collateral by the banks which would issue loans to those persons who were allotted the land.

He informed the media that the Cabinet gave approval to the appointment of Air Marshal Arshad Malik as Chairman PIA to control the rot, as the institution was suffering about Rs 70 to 80 million on daily basis.

He said PIA was facing a Rs406 billion debt, he said adding that the new chairman of the national carrier had been directed to immediately fix the institution's economic condition. The information minister said, "Aoun Abbas has been appointed the chairman of Bait-ul-Mal."

He said the process for appointment of a new chief executive officer has been started which would take some time and during that period the PIA could not be left rudderless.

He said that PIA’s restructuring plan had been given to the Finance Ministry which would get its approval from the cabinet. Chaudhry Fawad remarked that the cabinet had decided to hold the thorough audit of the New Islamabad Airport project, which was supposed to be completed in Rs38 billion, but its cost escalated to over Rs100 billion.

He said everybody knows who was given the contract of the new airport. The cabinet asked the National Accountability Bureau to bring the facts about that project before the nation as people asked questions from political leadership.

The information minister also announced that measures were being taken to crackdown against the smuggling of mobile phones. By this year's end, smuggled phones would not be operational in the country, he asserted.

Chaudhry Fawad said the cabinet also discussed placing and removing certain names from the Exit Control List (ECL) adding that there were currently 3,000 names on the list.

He said that Minister of State for Interior Sheryar Afridi who was praised by the cabinet for his role in the demolition of buildings on encroached state land would look into the list. The government would complete whatever project it undertakes, the information minister said adding that details of the government's 100-day plan could be accessed through its website.