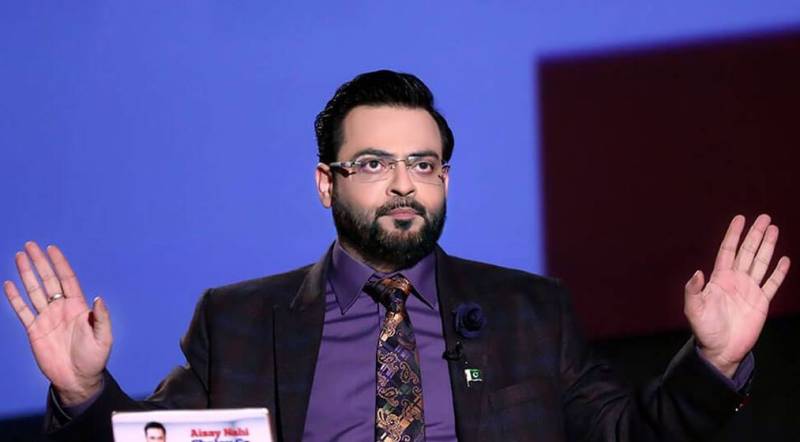 ISLAMABAD - The Supreme Court on Monday turned down an unconditional apology tendered by Pakistan Tehreek-e-Insaf's lawmaker and media personality, Aamir Liaquat Hussain, in a contempt of court case.

The top court heard contempt petitions filed in the backdrop of 'hate speech' by the media personality against his fellow media persons against politicians.

The petitioners, including anchorperson Shahzeb Khanzada, Mir Ibrahim-ur-Rehman and Najam Aziz Sethi, accused Hussain of violating the court orders issued on March 28, 2017 directing him not to derogatory language for individuals.

The apex court has decided to indict the minister in the contempt case on September 27. The chief justice, during the hearing, inquired if anyone could continue as lawmaker after the indictment, to which, the lawyer for the PTI leader replied in negative.

During the last hearing on August 10, a three-member bench of the apex court had also been shown the video clips of Liaquat - who is set to take oath as a lawmaker in next few days - in which he was allegedly inciting violence and hatred and taunted Khanzada by labeling him as 'Google Baba'.

When Liaquat tried to clarify his position, the top judge Mian Saqib Nisar remarked that no drama would be allowed inside the courtroom as the respondent was not occupying any stage for a performance.

However, Liaquat expressed that he had referred to Shahzeb Khanzada as 'Baba' because the term is used as a gesture of respect.